Mosque of Muhammad Ali in the Cairo Citadel

One of my city tours included the Cairo Citadel. I didn’t know much about it except that the last time I drove past it was during Eid (one of the religious holidays) and it was packed with people.

I learned that the citadel used to be the city center and was fortified/walled to keep out the Crusaders, who were trying to spread Christianity through a series of religious wars. The walled complex used to be much larger, but was split in two when a major highway was built in the middle of it.

The citadel is now just a site that includes several defunct museums and three mosques, the most prominent of which is the Mosque of Muhammad Ali. It was built by Muhammad Ali Pasha in 1848 and is not related to the American boxer who took the same name. Side note: Muhammad, Mohamed and Ahmed are very popular names here; parents name boys after the Prophet himself.

It cost about $6 (more or less depending on what the dollar is doing on a given day) to enter the whole site as a foreigner. For locals, the cost is very minimal and as a result, it’s a popular gathering place. No shoes in the courtyard or interior of the mosque, obviously, but I didn’t have to cover my head. I wore long pants and a t-shirt and had no problems. It was a worthwhile trip to see the most recognizable white alabaster mosque in the “City of a Thousand Minarets.”

Thanks Wikipedia for details about the mosque.

Check out the day tours by Emo Tours. Mine included the Museum of Egyptian Antiquities, Citadel with the Mosque of Muhammad Ali, the Khan el Khalili Market and a stop at Abou Tarek Koshary. 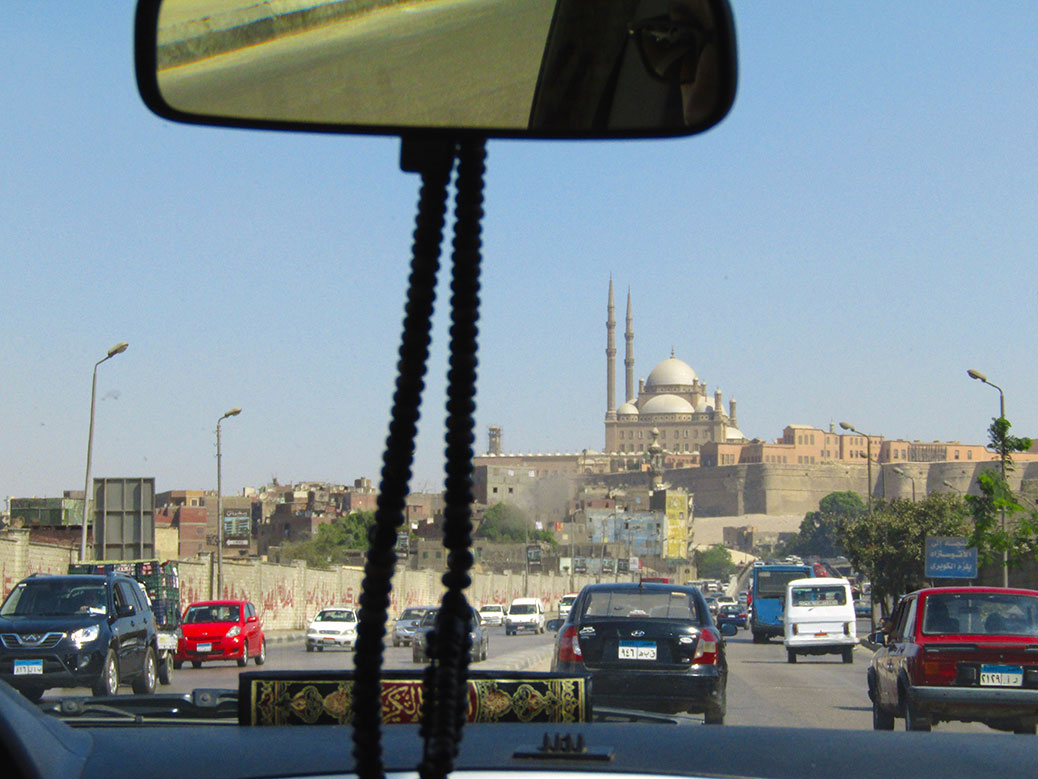 First glimpse of the mosque as it sits on top of the city. I believe there is a Holy Quran in the driver’s car as well! 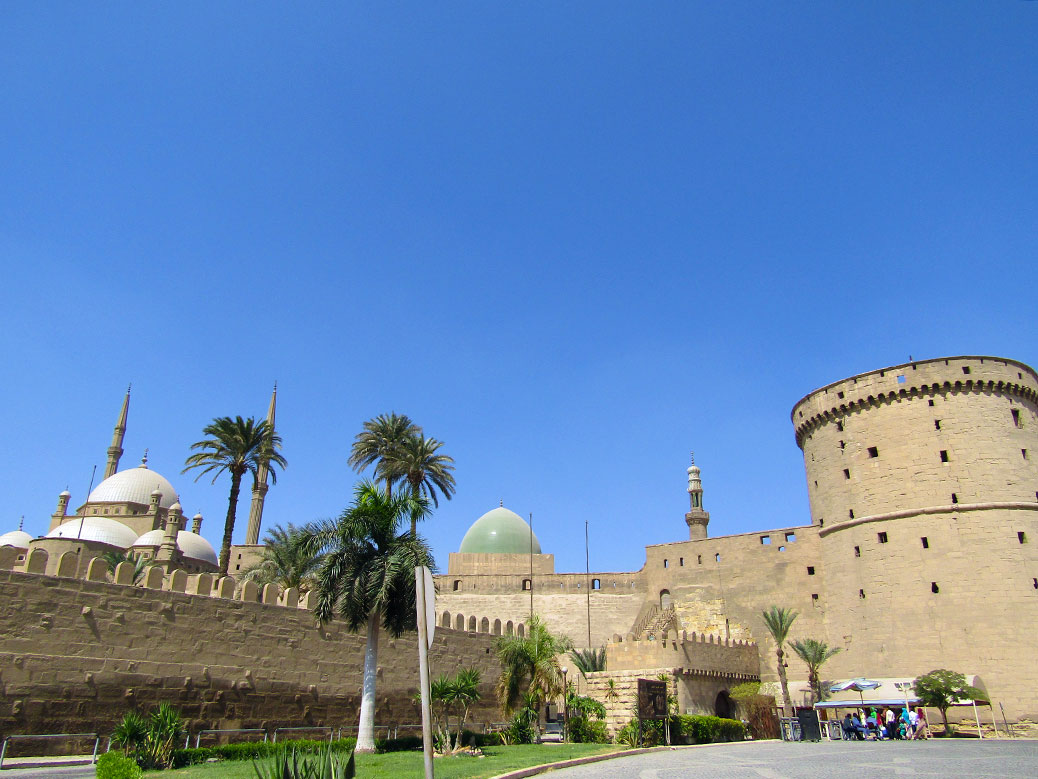 Approaching the walls of the Cairo Citadel. The mosque sits at the summit of the walled city. 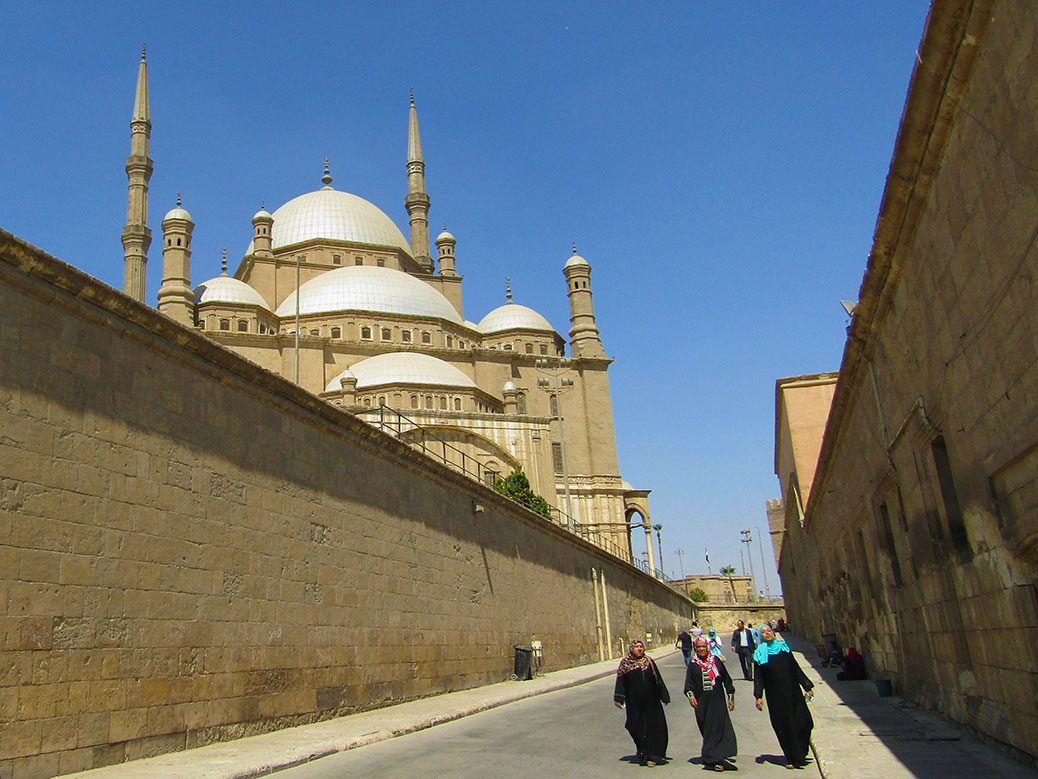 A group of women near the mosque. Coming to the Citadel is quite a social/spiritual event, especially during holidays and holy days. 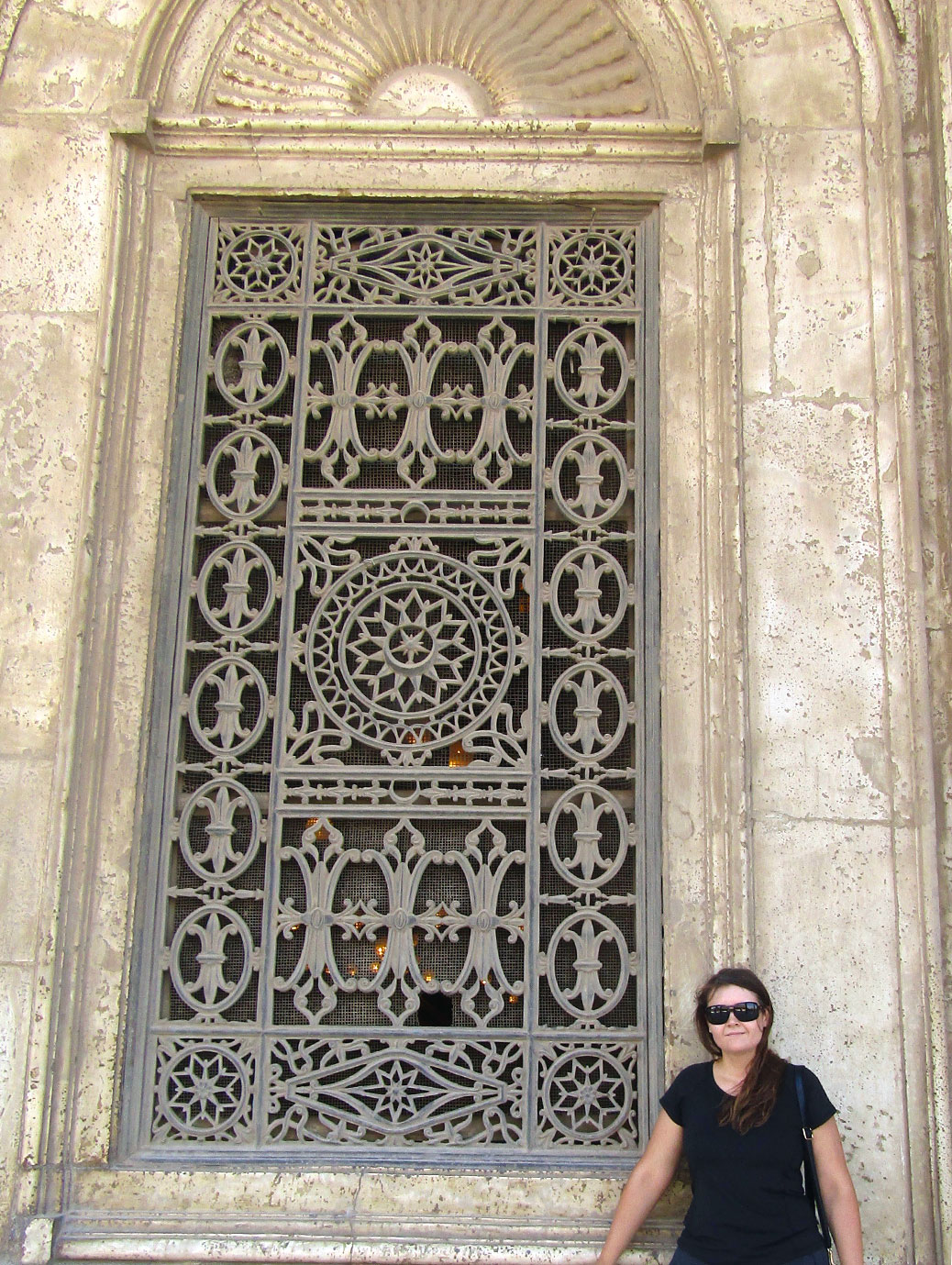 The limestone exterior and iron windows. The mosque is built in the Ottoman/Turk style. 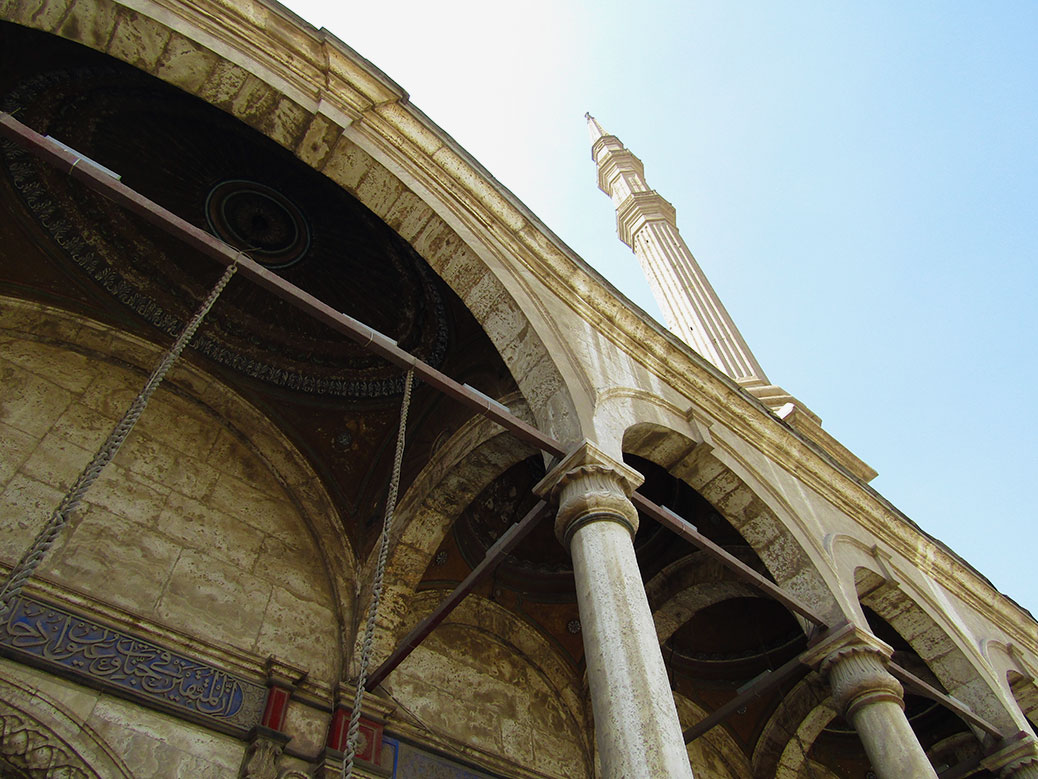 Looking up at one of the minarets. The mosque is one of the most easily recognizable in Cairo. 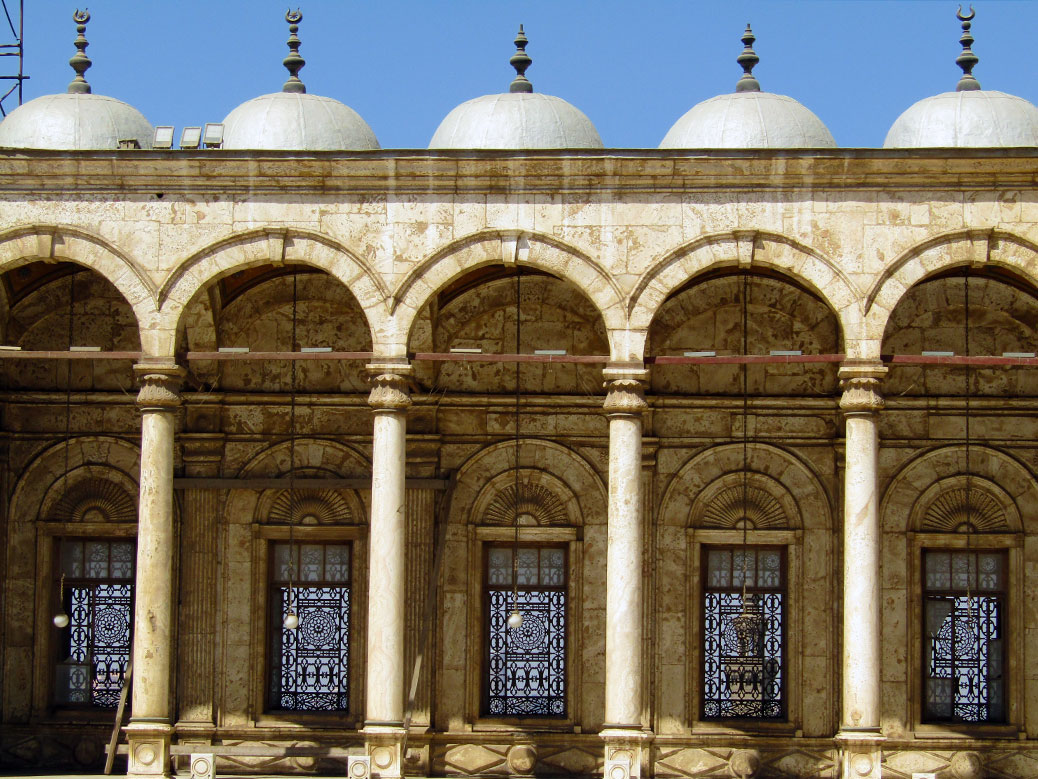 The alabaster covered courtyard of the Mosque of Muhammad Ali. 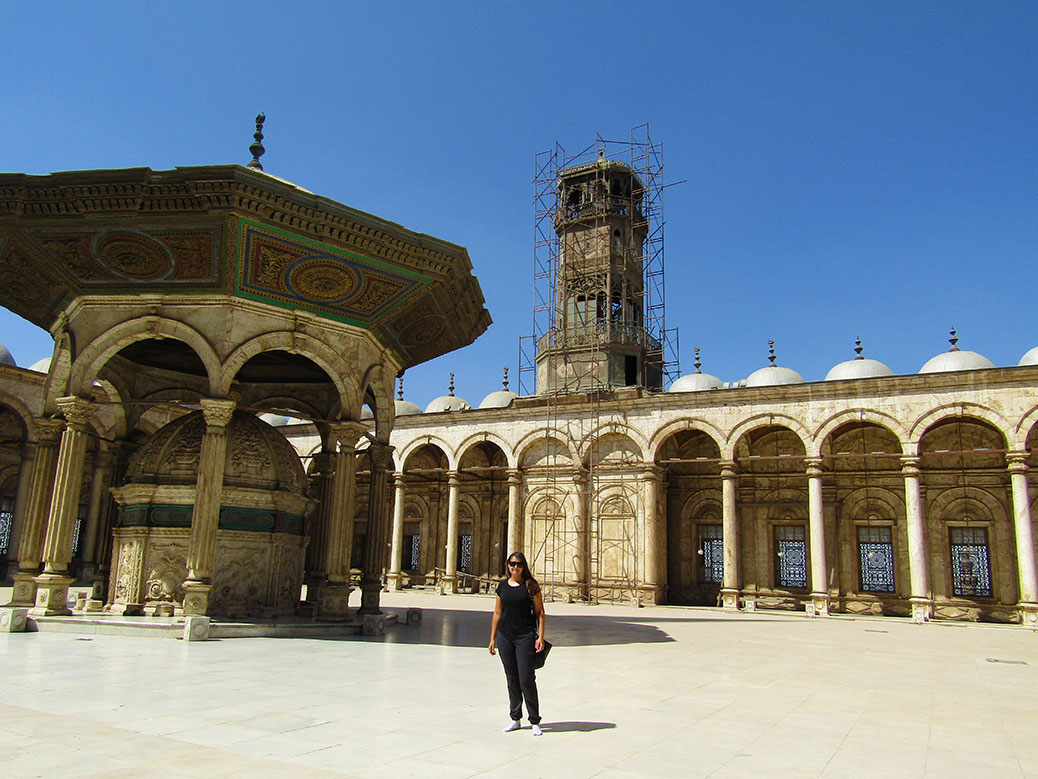 Standing in the courtyard of the mosque and the clock tower. The clock tower was a gift from King Louis Philippe of France in 1845 and my guide said it was a bad gift because the tower didn’t have lasting power and started crumbling (see the scaffolding around it?). 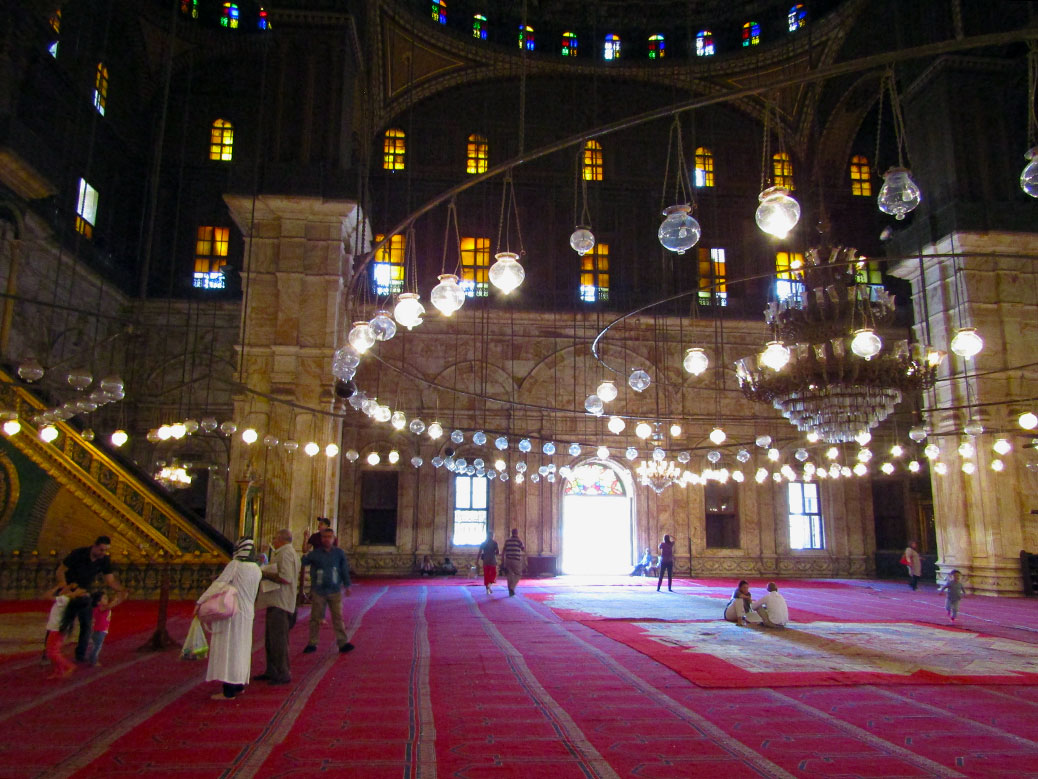 The interior of the mosque. My guide mentioned that it is distinctive because of its red carpet. People were relaxing and hanging out. It was in between prayer times.

The “minbar” of the mosque (center left) is where the prayer leader sits and leads prayer and service.

Walking out the door to views of the gardens and city of Cairo.

Corridor of arches along the exterior of the mosque.

Views of Cairo from the top of the Citadel. Can you spot the two largest Pyramids of Giza in the haze?

Exterior view from the gardens.

A peek of the green-domed Al-Nasir Muhammad Mosque behind Muhammad Ali.

The crescent moon and star, symbol of Islam, sits on top of one of the white domes.