I had first read about the Bibliotheca Alexandrina in one of those Buzzfeed articles about beautiful libraries around the world. When I think of beautiful libraries, I imagine open yet cozy spaces with shelves of jewel toned book spines with gold script and overstuffed chairs. Even more so for a library with a location home to an ancient civilization.

But on my trip to Alexandria, I discovered an ultra-modern facility built in 2002. UNESCO supported the rebuilding of the library and held a design contest. The exterior of the building has writing from 120 different world scripts.

There was an ancient library called the Library of Alexandria, but it was destroyed in several fires and sieges by Julius Caesar and later when the Muslims invaded Egypt. It housed the ancient world’s largest collection of papyrus scrolls aimed to have all of the world’s knowledge in one place.

I wandered through the main floor of the library, where there were exhibits with vintage printing presses as well as books in Arabic, French and English. You cannot check out any books from the library, only read them while you are there. There is a university nearby so I saw many students studying and using computers.

I got my fix for ancient books in the Manuscript Museum, where I saw a piece of papyrus originally thought to be in the first library, illustrated copies of the Quran and first editions of Arabic books. 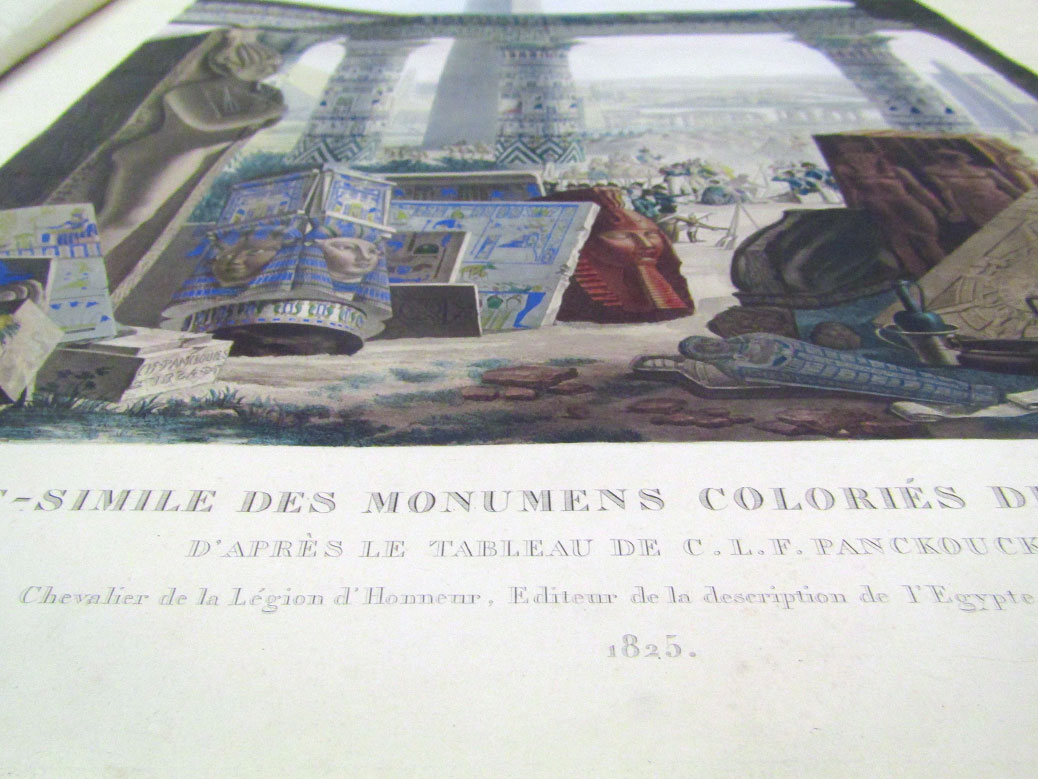 The “Fac-simile des monumens colories de L’Egypte” is one of the original books in the library. It was an illustrated history of ancient Egypt done by the French. It’s how we now know what the temples used to look like. 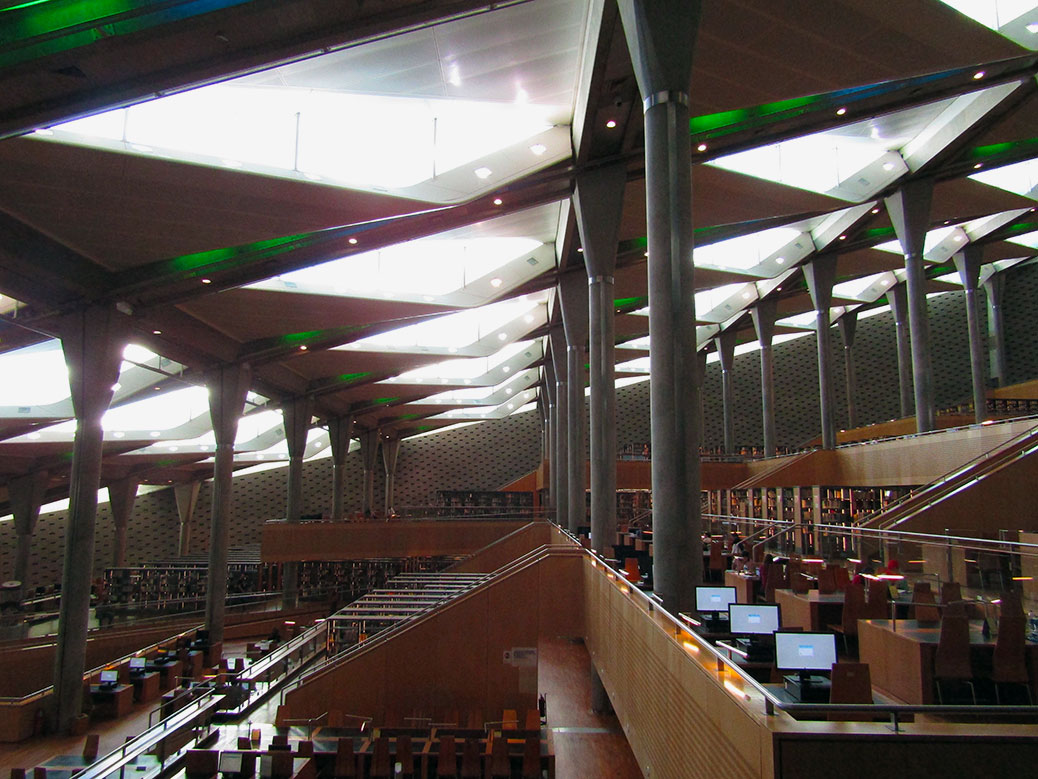 The slanted roof has skylights and blue and green colors aimed at peace and relaxation. 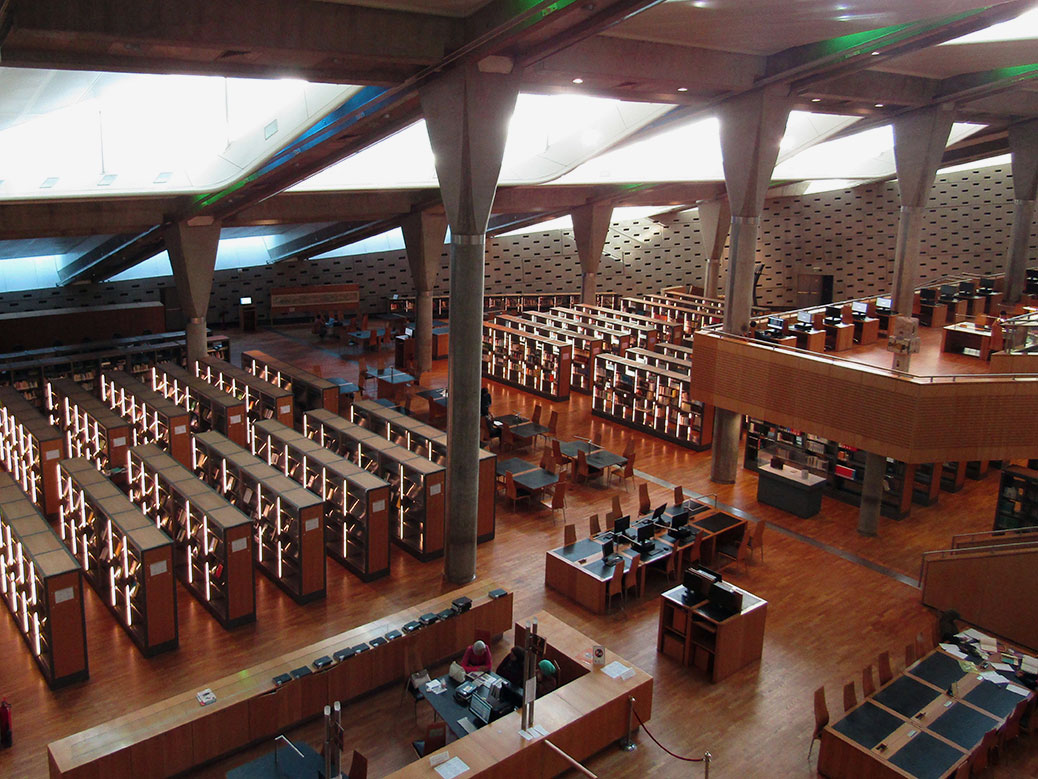 The modern facilities of the Bibliotheca Alexandrina. 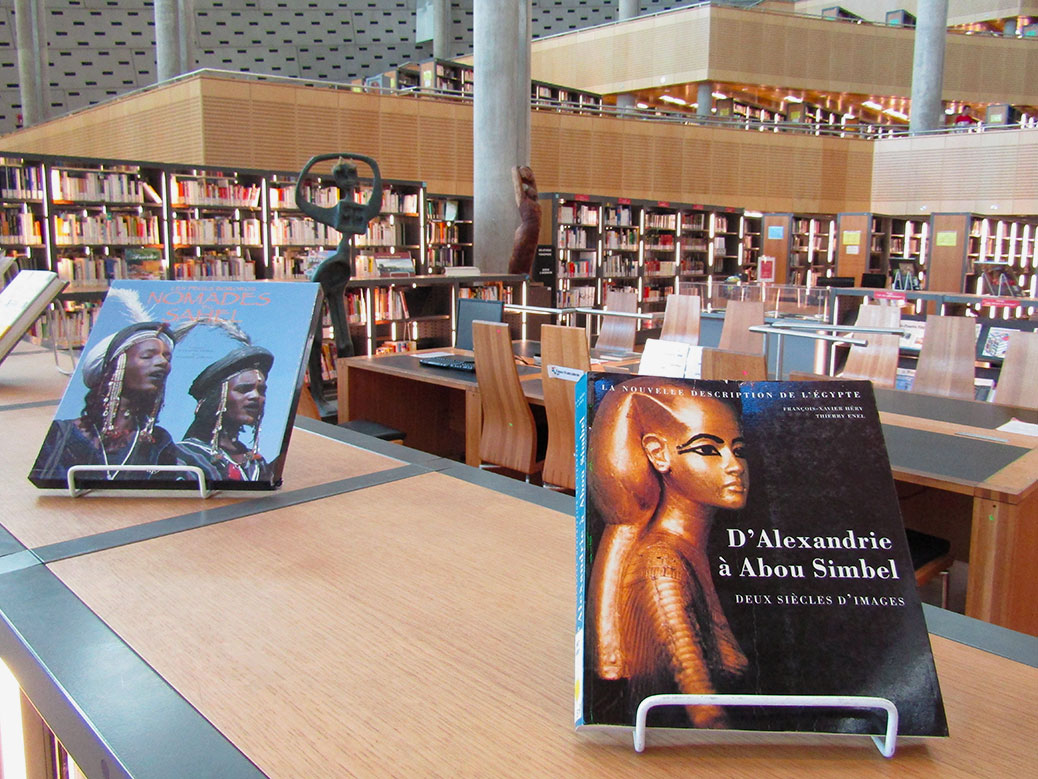 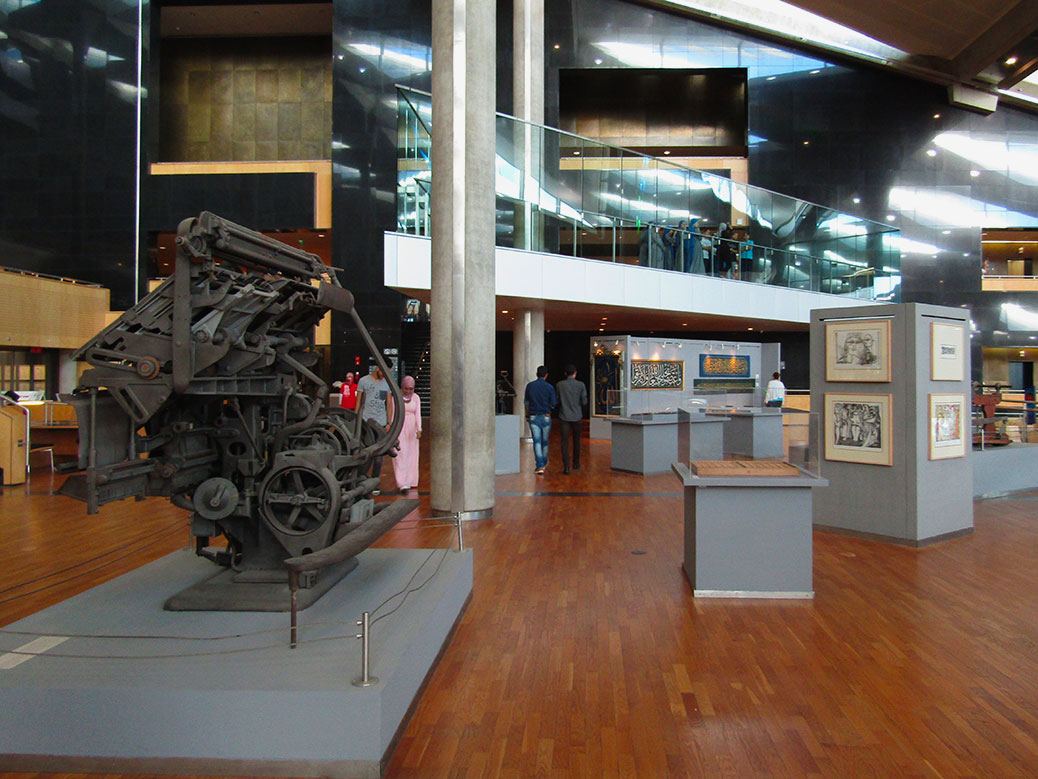 Art and exhibits, including a linotype machine created by the ‘second Gutenberg’ Ottmar Mergenthaler. 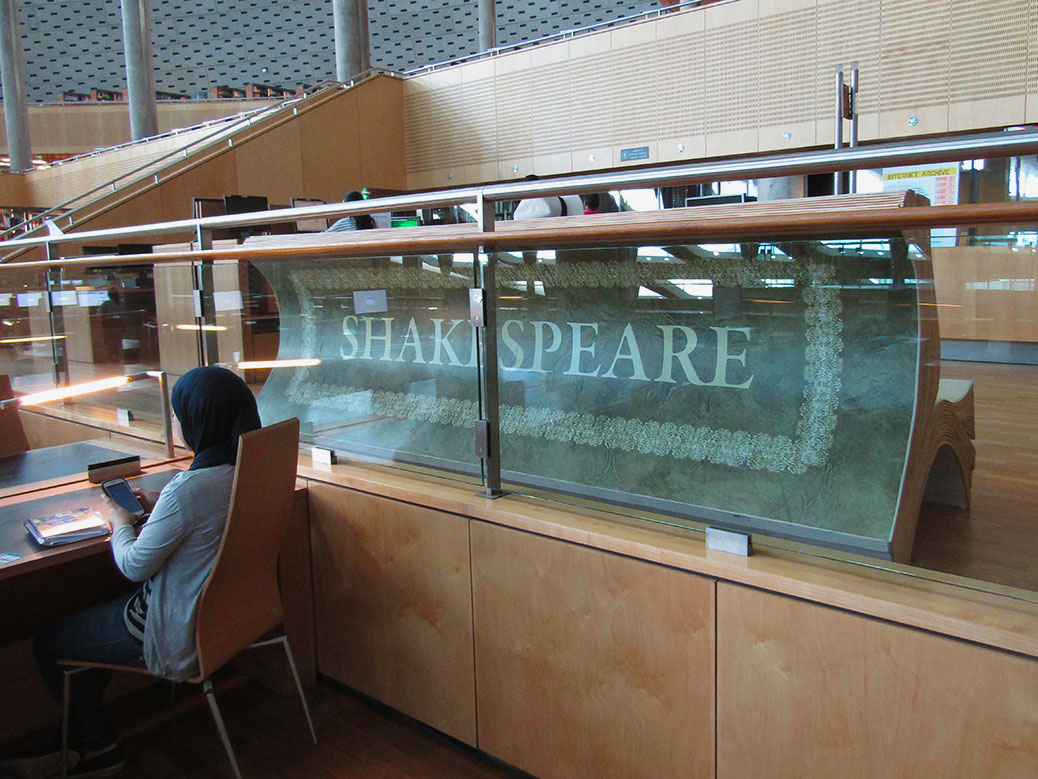 A student studies/takes a study break on her mobile. 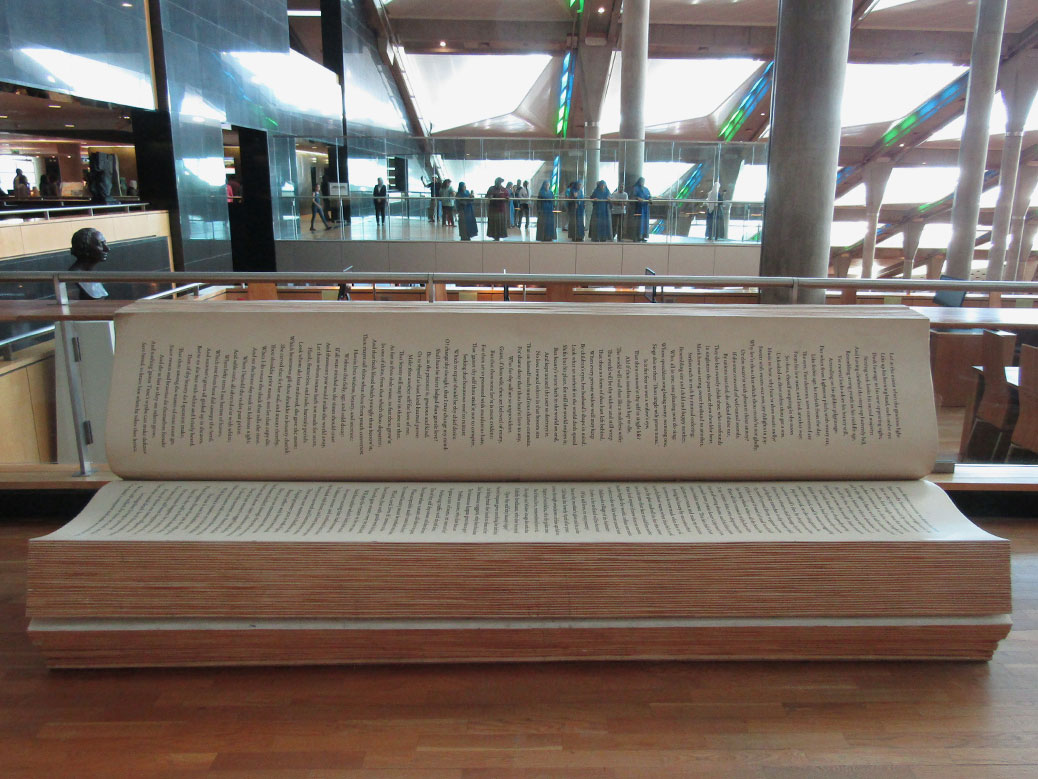 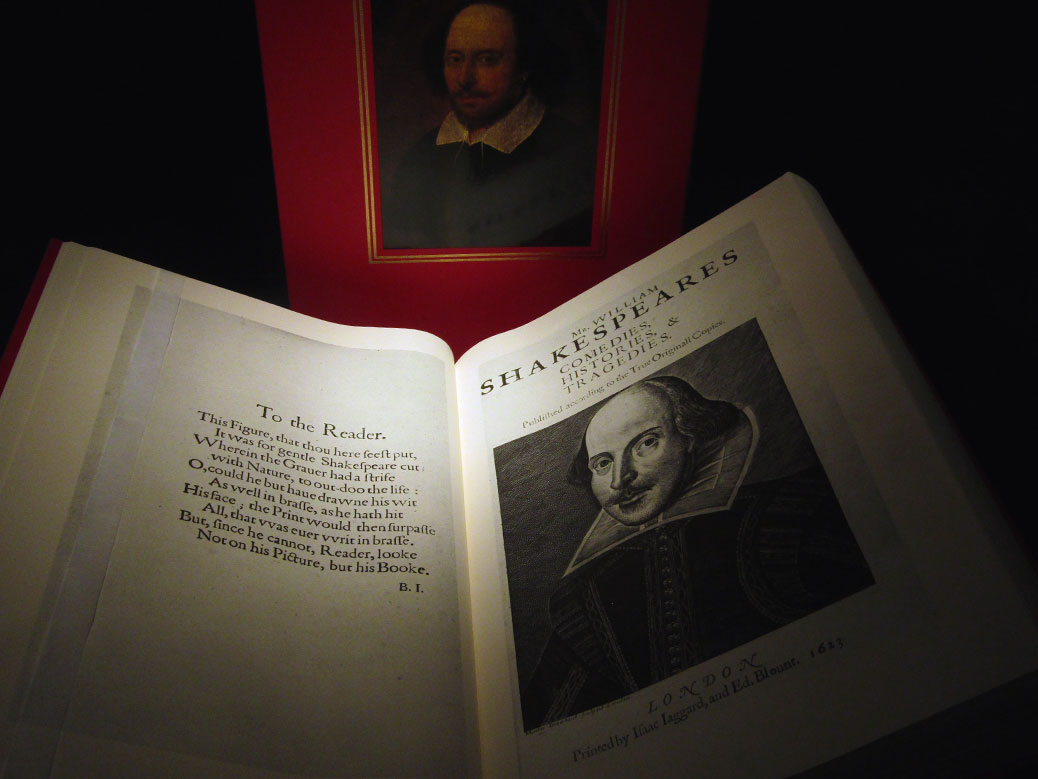 A copy of Shakespeare’s “The First Folio,” published in 1623. 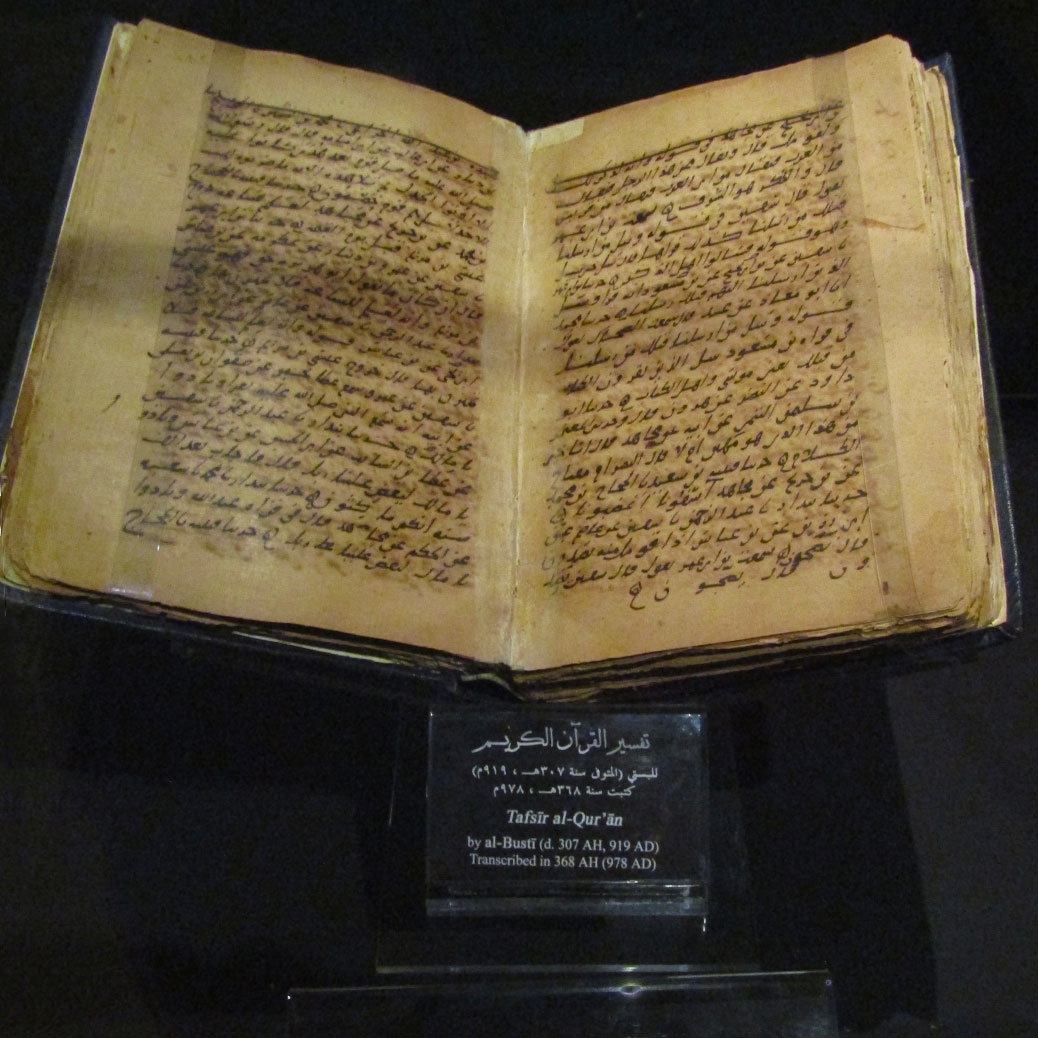 The oldest manuscript in the library, one of the Quran. 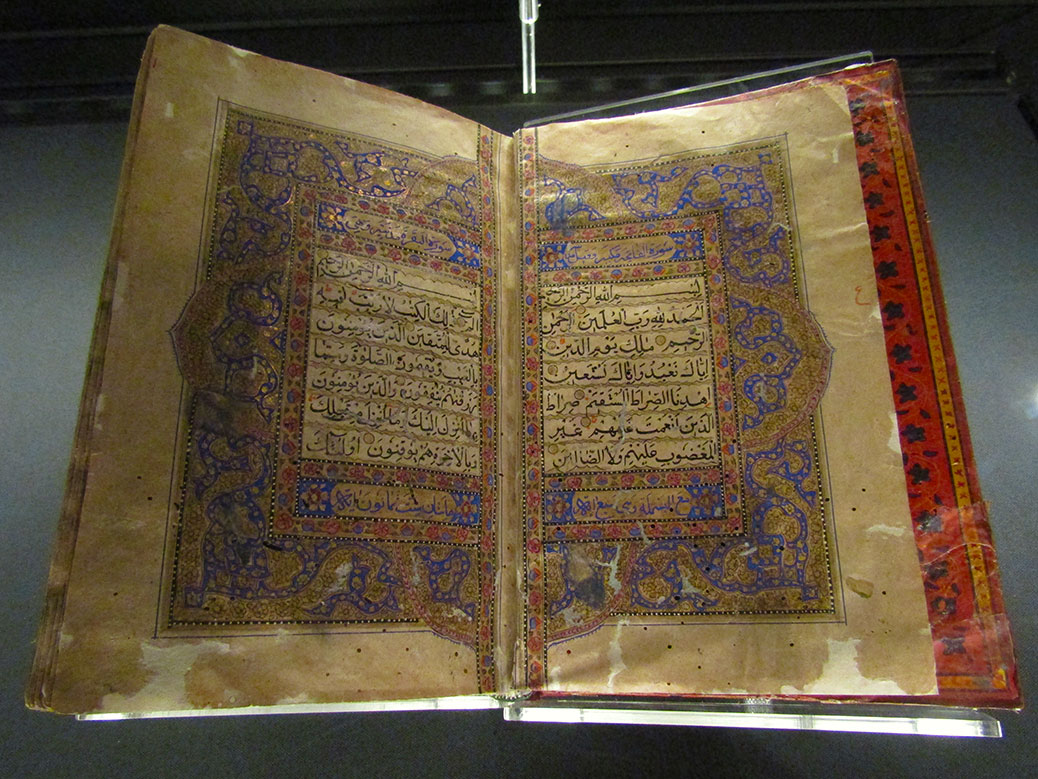 A copy of the Holy Quran. 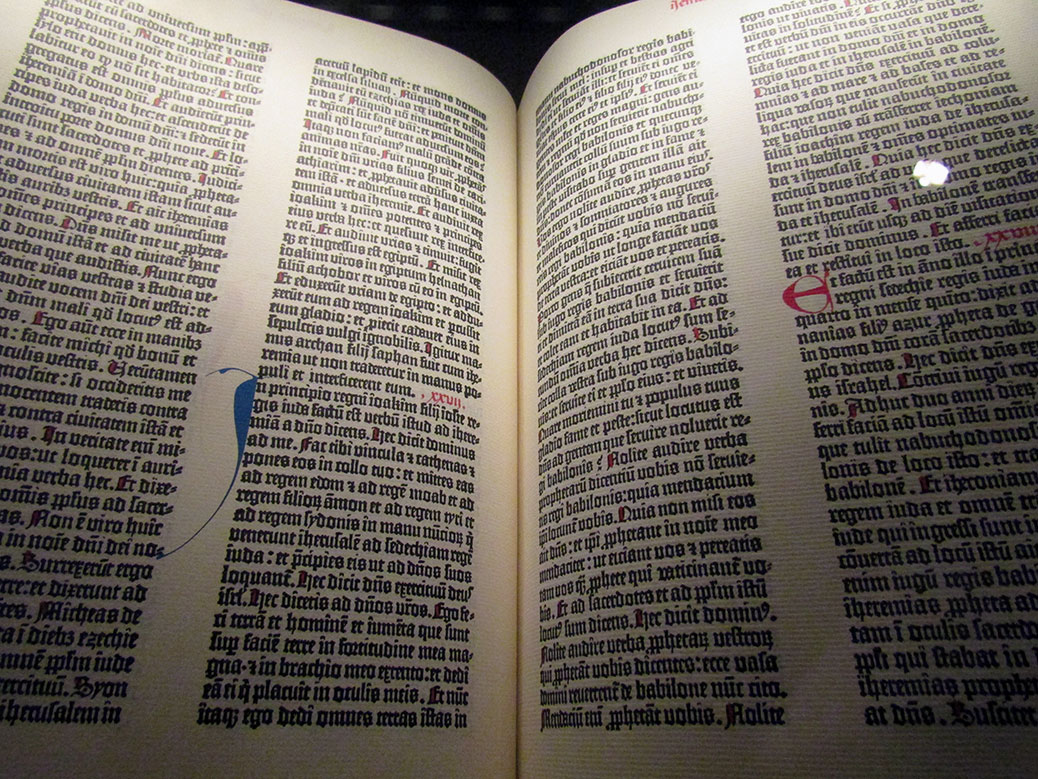 The copy of the “Gutenberg Bible,” the first book to be printed on a printing press in 1456. It looks like it was transcribed by hand to me! 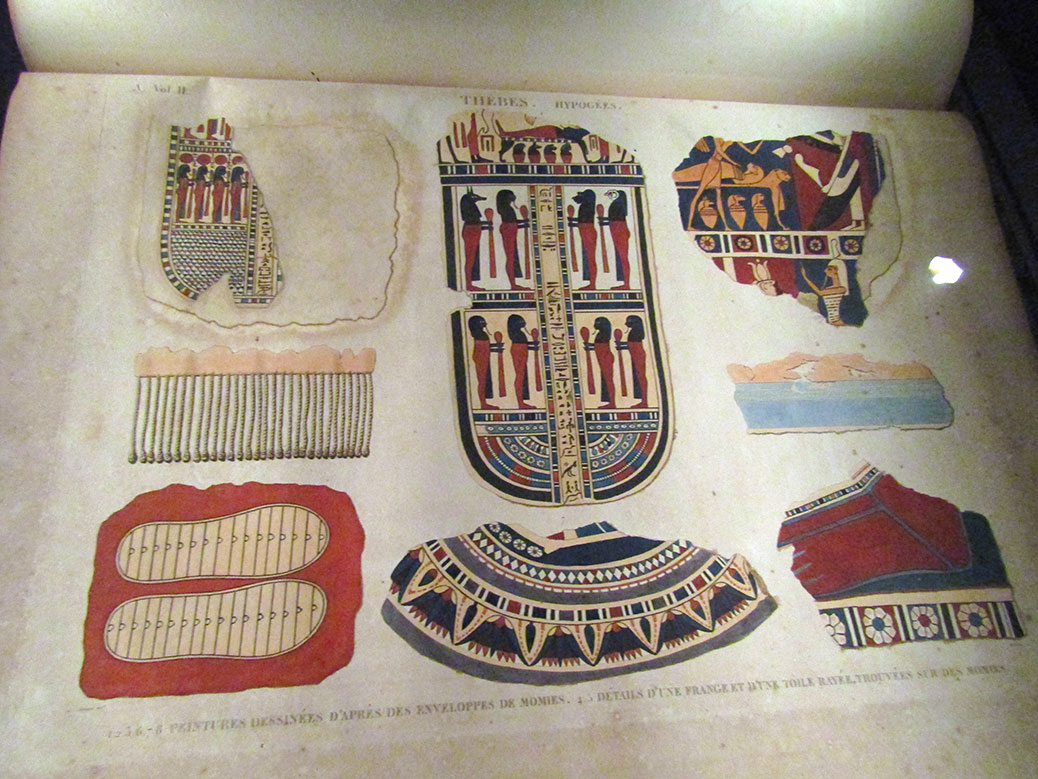 A page from the “Description de l’Égypte,” which was the collection of observations and research which were made in Egypt during the expedition of the French Army. 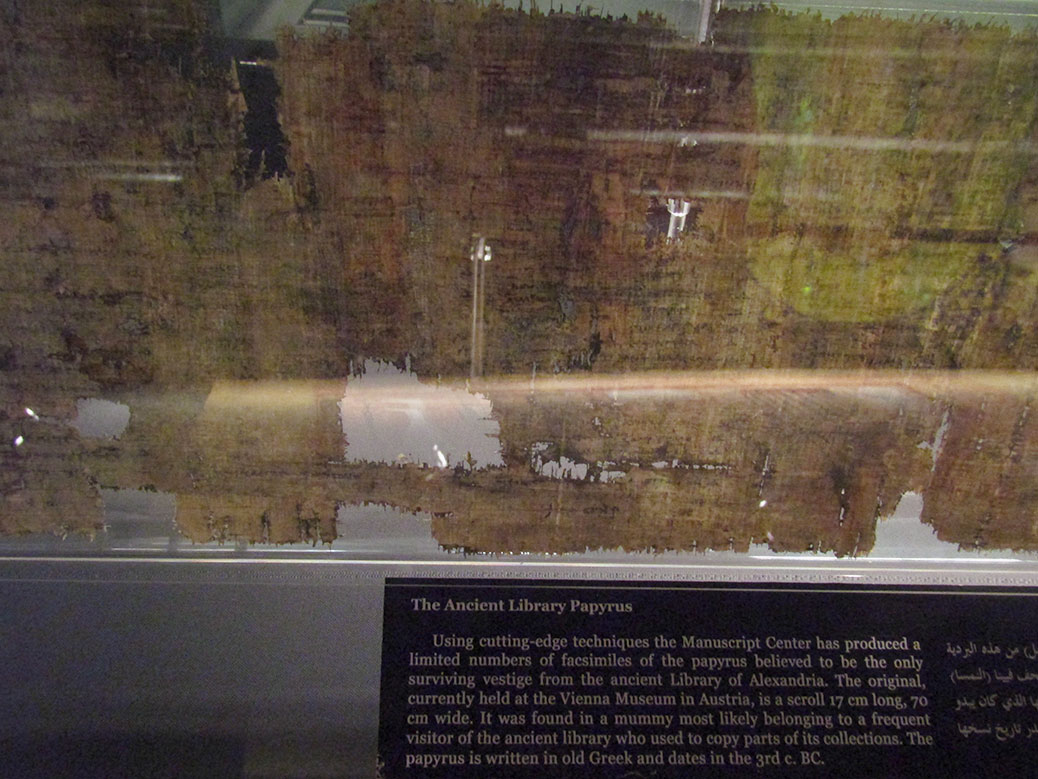 A copy of a papyrus scroll from the original library. 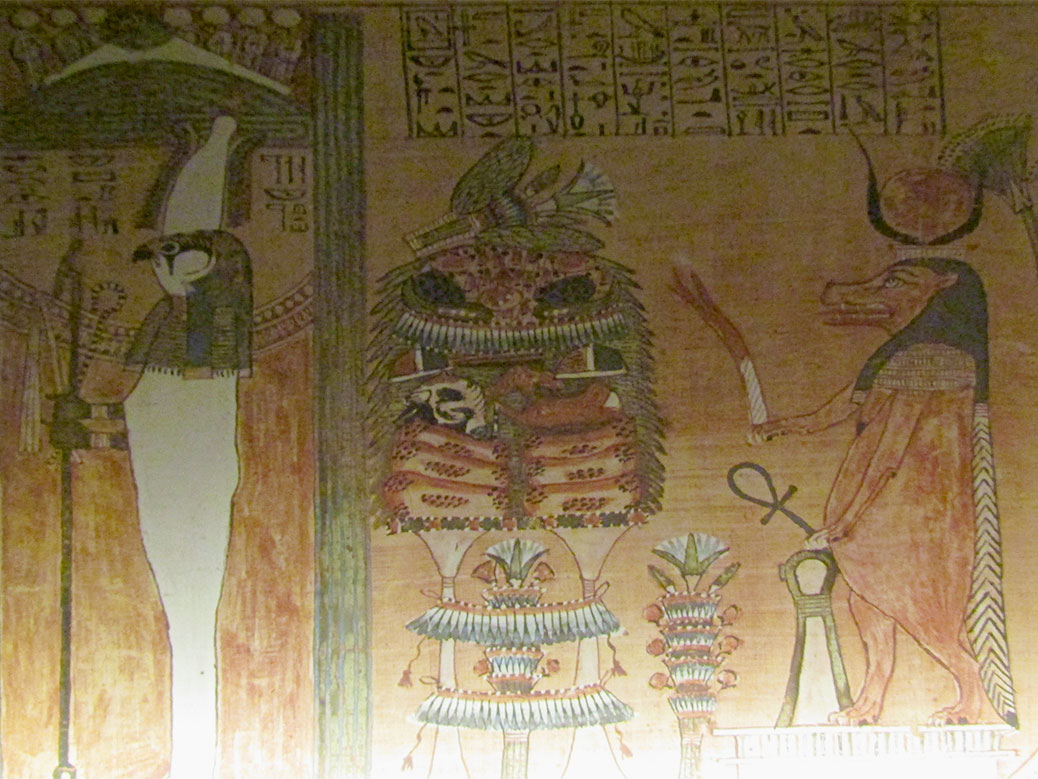 “The Book of the Dead (Papyrus of Ani)” is a copy of the original at the British Museum. The book held stories or spells that helped the spirits navigate the afterlife.

Mosque of Muhammad Ali in the Cairo Citadel