The historic medieval city of Bruges (Brugge), about an hour northwest of Brussels by train, is considered one the world’s most beautiful cities. The canals that run between its cobblestone streets have earned it the nickname of “Venice of the North.”

We visited on a very rainy day, which soured our experience quite a bit. We were soaked by the time we reached the park that doubles as the entrance to the old city and the weather never relented.

We did our best to capture the city, dodging raindrops and wiping the camera lens with sopping shirt tails, but could only manage a few good shots. By the time we reached the 300-foot, 750-year-old Belfry (pictured above), our Gore-Tex had been soundly defeated by Mother Nature. We cut our losses and headed back to Brussels. Bruges will have to wait until next time!

A row of houses built in the early 1700s have been restored to pristine condition. 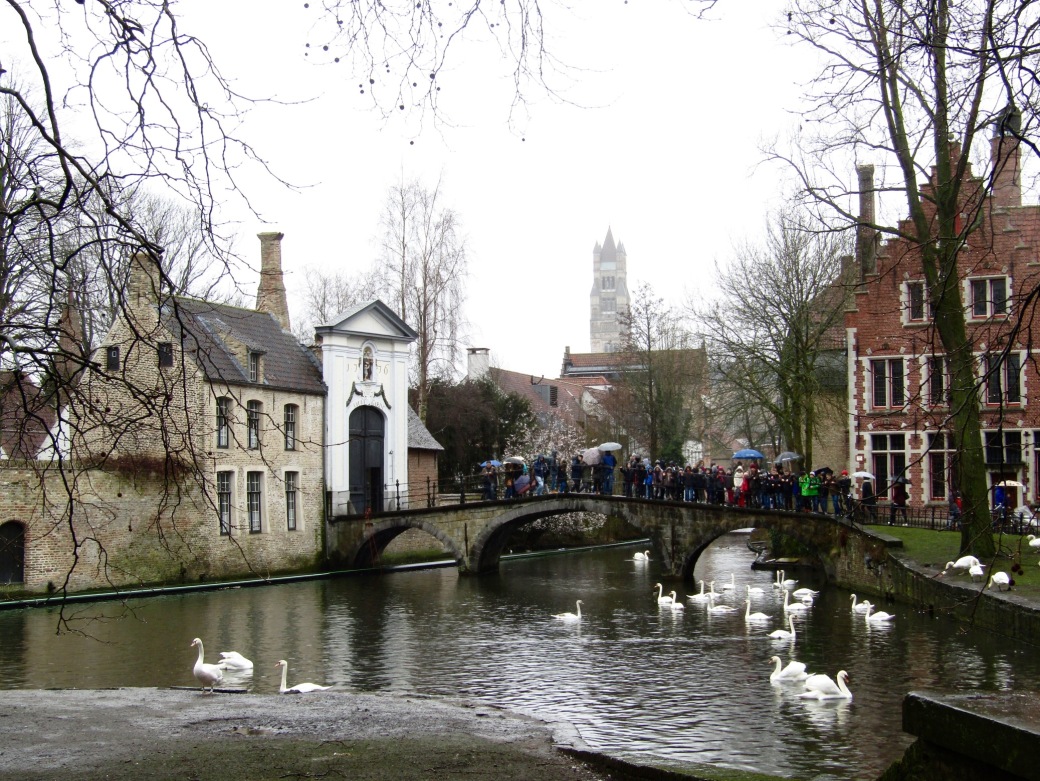 The Béguinage was built in the 1200s as a community for women who considered themselves devoutly religious, but did not want to become nuns. Since 1927, it’s been a convent for Benedictine nuns.

One of the canals in Bruges that give it the moniker of “Venice of the North.”

Some of the old facaded buildings that line the main square.

Another old neighborhood further from the town center. Many of the buildings here were built in the 1500-1600s, including a pub that celebrated its 500th anniversary in 2015.