Travel days are often the worst part of traveling. They’re full of unexpected delays, bad food and mysterious sights, smells and sounds. The first half of day eight of our adventures around Europe became one of those travel days.

Fog delayed our train from Florence to Bologna by more than an hour. What should have been an easy 35 minute trip became a multi-hour ordeal. Being in Italy, we missed out on the bad food experience, killing 90 minutes in the train station cafe drinking espresso and enjoying Ortolano sandwiches from the deli. We scored seats on the train next to the lady who spent the whole trip talking on her phone while her fussy kids cried for attention.

But it can always be worse and our travel karma balanced out when we arrived in Bologna. Our B&B was wonderful and our host, Mario, gave us a perfect lunch recommendation nearby.

Ristorante da Bertino e Figli is exactly how we pictured a small Italian restaurant; several tables packed closely together, the walls plastered in framed photos and newspaper clippings. Everyone had wine with their lunch, the conversation growing more boisterous with each passing sip. Dogs accompanied their owners into the restaurant, laying quietly under the tables as if they’d been here before.

And the food… One of Bologna’s nicknames is “La Grassa,” or “Fat” thanks to its world-famous cuisine. Tortellini, lasagne and mortadella (Americans might be more familiar with Oscar Meyer’s version called bologna) all got their start here. We had gnocchi and spinach/ricotta-stuffed tortelloni, both smothered in tomato sauce. For dessert, almond cake and semifreddo al mascarpone.

Each bite was to be savored, exploring the textures and flavors as the layers melted away in our mouths. At the end of the meal, we were looking for someone to hug or somewhere to cry tears of joy from an unforgettable meal, the best so far in Italy.

Students walking around the Communications campus of the University of Bologna. The city also earned the nickname of “La Dotta,” or “Eridite,” for its long history of higher education. The University of Bologna is the world’s oldest, dating back to 1088 and boasting alumni like Nicolaus Copernicus (who figured out the sun was the center of the solar system), author Dante Alighieri and Guglielmo Marconi, the inventor of the radio. 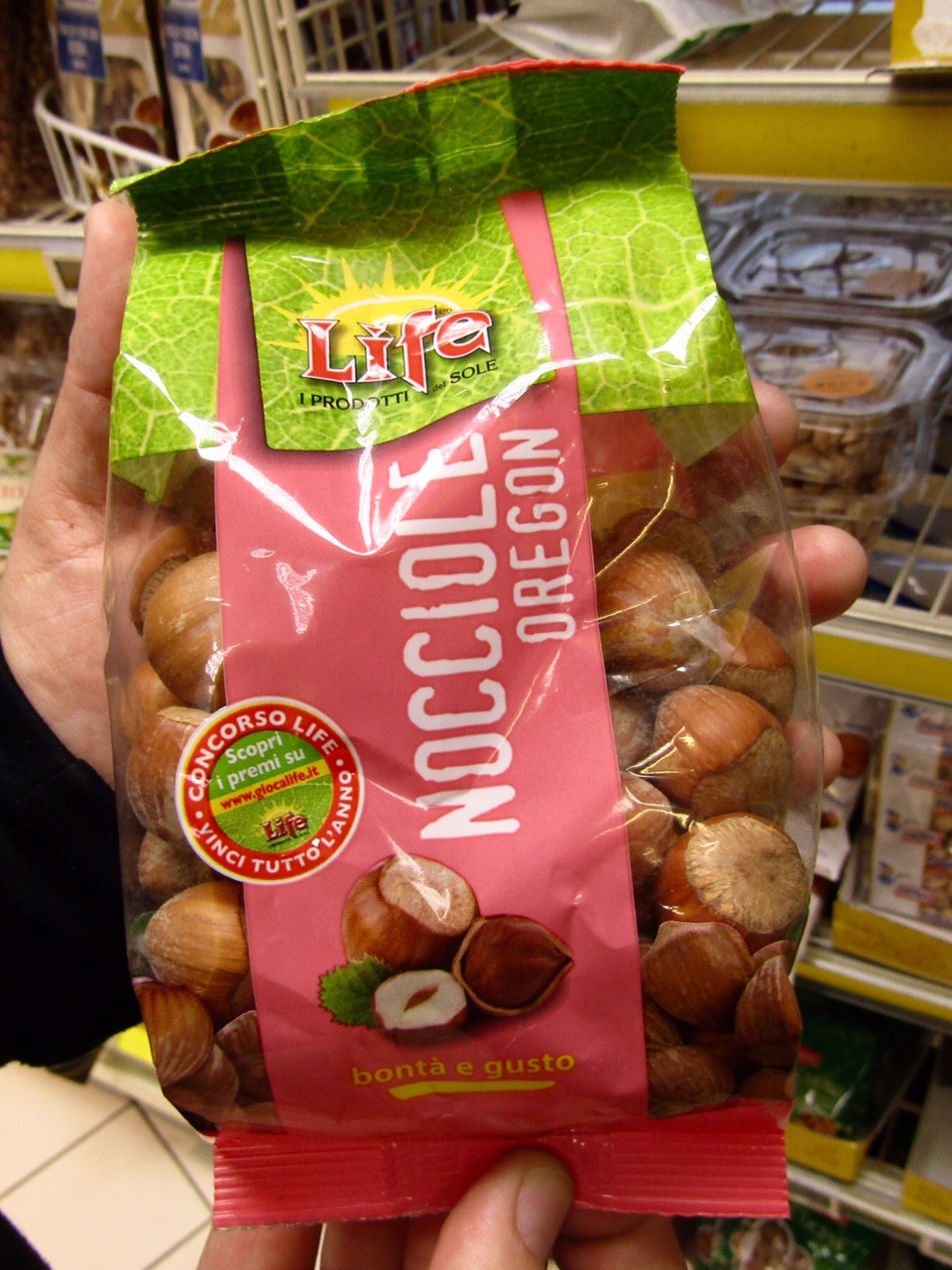 The corner supermarket by our B&B had a nice selection of local nuts, and these guys who were a long way from home! Yay for Oregon hazelnuts!

Day 9: The Streets of Bologna