Day 9: The Streets of Bologna

We used our last full day in Italy exploring the city of Bologna. Most famous for its cuisine (see day 8), Bologna also has a dynamic history going back to 1000 B.C. It’s been a center of culture, architecture, art and music in Italy for centuries and, as home to the world’s oldest university, it’s steeped in academic tradition.

One of its most distinctive features are the thousands of porticos, or arched walls, that fill the city, many of which were built in the Middle Ages. They’re such a part of the city’s personality that they’re being considered for a UNESCO property listing. They give a character to the town that can’t be found anywhere else.

The Fountain of Neptune stands near the city’s main public plaza, Piazza Maggiore. Completed in 1597, it was commissioned in honor of the election of Pope Pius IV. Luxury auto brand Maserati uses the statue’s trident design in its company logo.

A little of everything Bologna… Asinelli Tower, the tallest of Bologna’s iconic Two Towers, and the porticos lining the old streets.

A piazza in the center of the University of Bologna campus.

Porticos surrounding the central piazza on the University of Bologna campus. 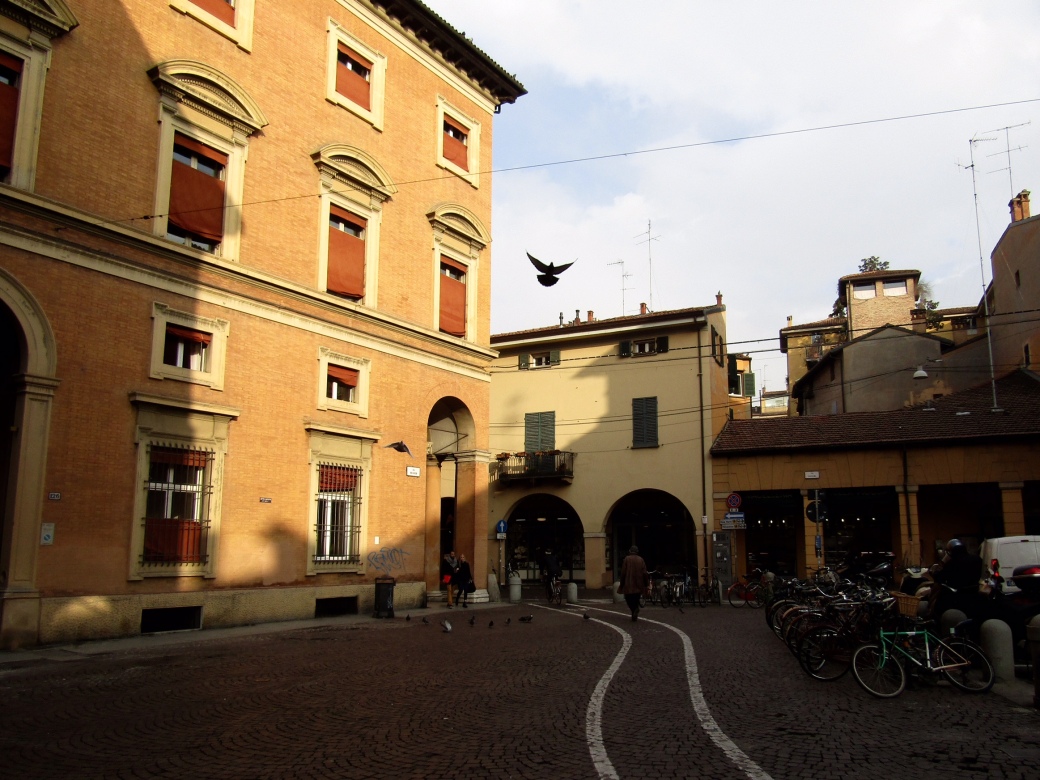 The late afternoon sun finally broke through after two days of fog during our time in Bologna.

Graffiti on storefronts near the University of Bologna campus.