On our sixth day in Italy, we set out on a tour of Tuscany’s wine country by way of its historical medieval villages.

We started in San Gimignano, home to a village that dates back to 3 B.C. During the Middle Ages, the city was a popular stop for Catholic pilgrims and experienced an era of growth, adding several churches and large towers. Many of those towers still stand today, making the walled city on a hill look like a mini stone metropolis from a distance.

Lunch was at Trattoria Borgo di Racciano, a nearby vineyard, olive grove, restaurant and bed and breakfast. The menu boasts typical Tuscan food, but they do a set menu for tour groups. We started with bruschetta topped with their homemade olive oil and slices of local cheese (most plates had two slices of salami, but everyone was envious of the cheese on the vegetarian option). The second course was a simple penne pasta with tomato sauce, but it was easily the best I’ve ever had. We finished with biscotti and Vin Santo, a strong, sweet dessert wine. The cookies are meant to be dipped in the wine. All the while, bottles of white and red wine from the vineyard lined the tables. I had a bit of a nap on the bus after lunch.

From lunch, we went to the city of Siena. Possibly the most famous of Tuscany’s hill towns, it has a recorded history back to 900 B.C. Walking through the old streets was like stepping back in time, although the luxury jewelry, clothing and gelato shops kept one foot planted in the present. Our favorite part was the town square, Piazza del Campo, where we watched kids playing with confetti and silly string while dressed in costumes as they celebrated Carnivale.

We had one last brief stop in the small village of Monteriggioni. It was after dark already and the town had mostly shut down for the day. It’s most notable for being used in the description of the rings of Hell in Dante Alighieri’s 1320 poem “Divine Comedy.” 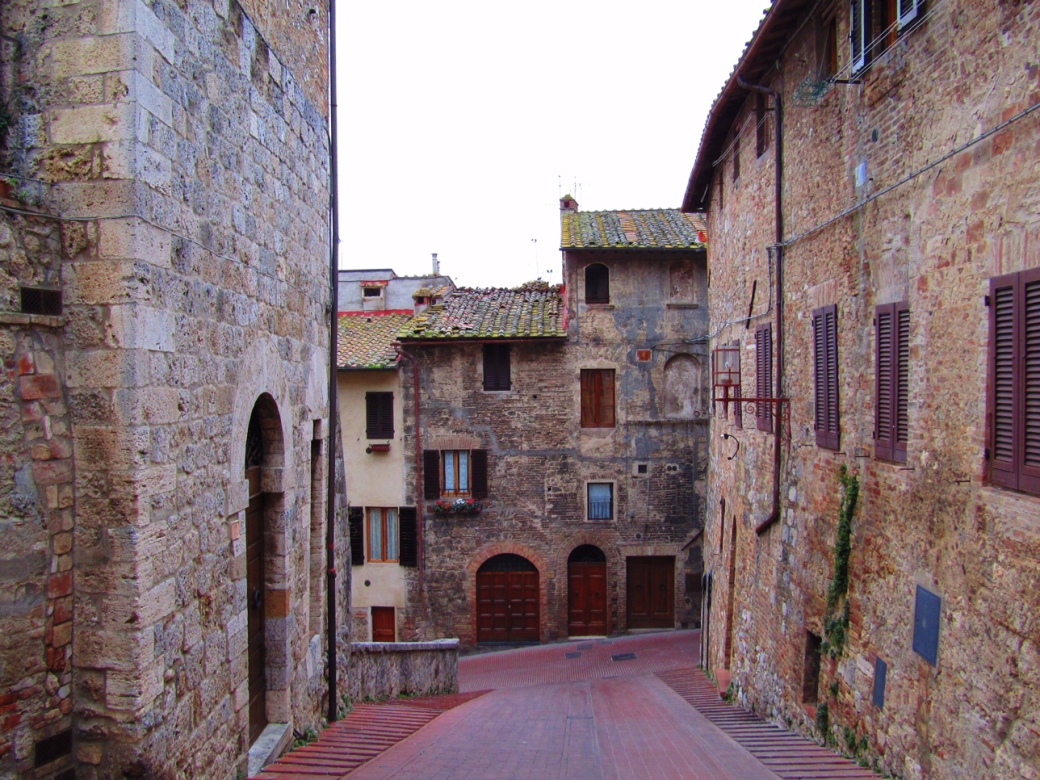 The streets of San Gimignano. 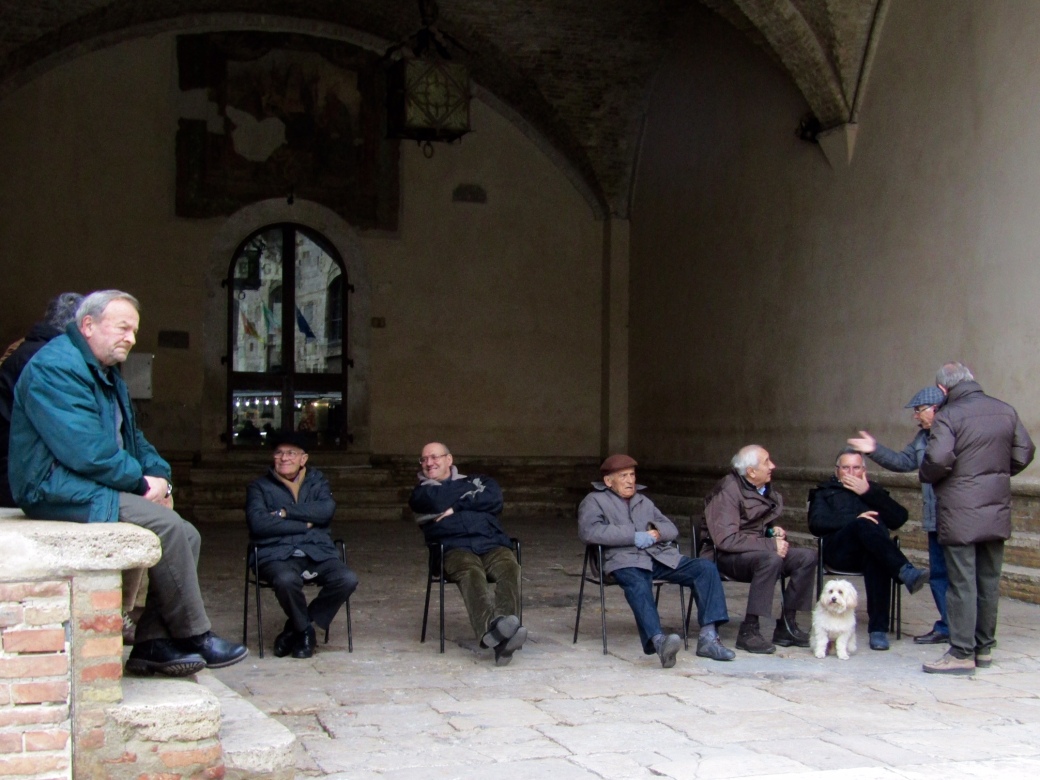 A group of locals gathered in San Gimignano’s town square to chat and watch the tourists go by. 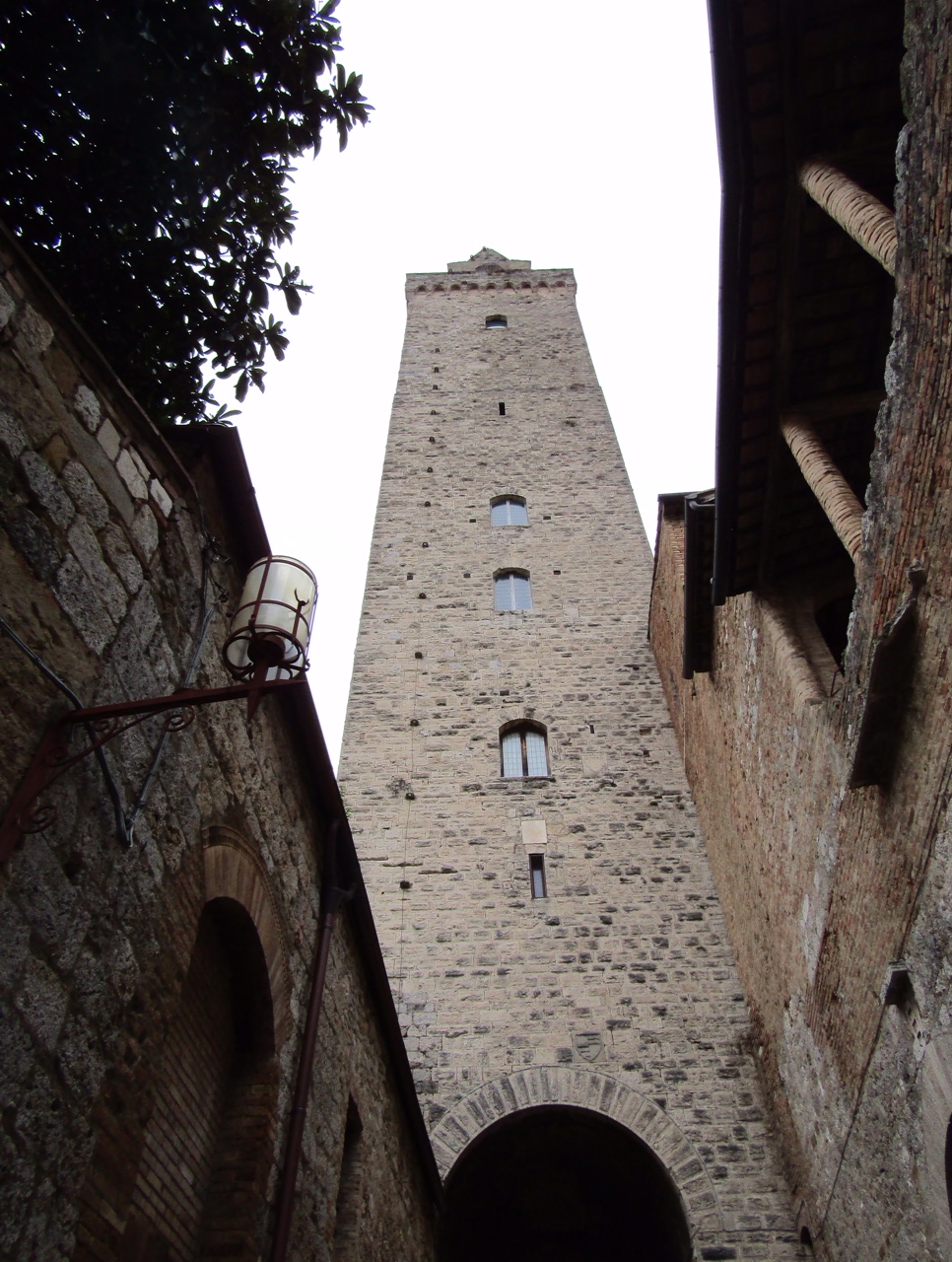 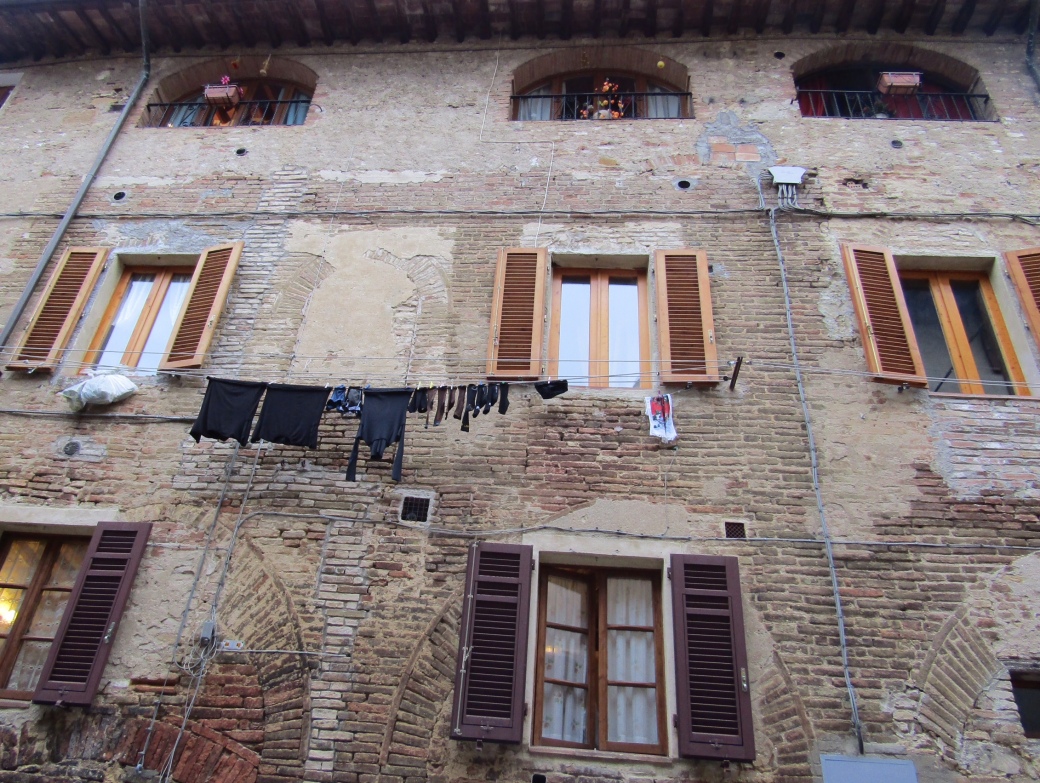 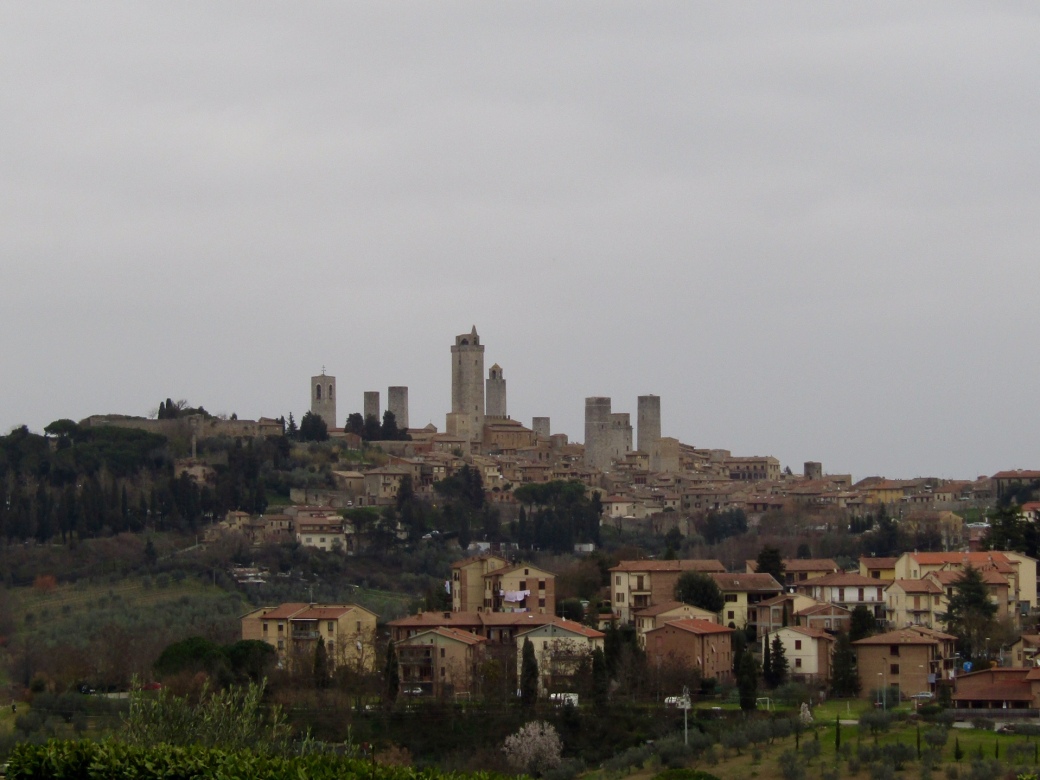 A view of San Gimignano’s towers from Borgo di Racciano. 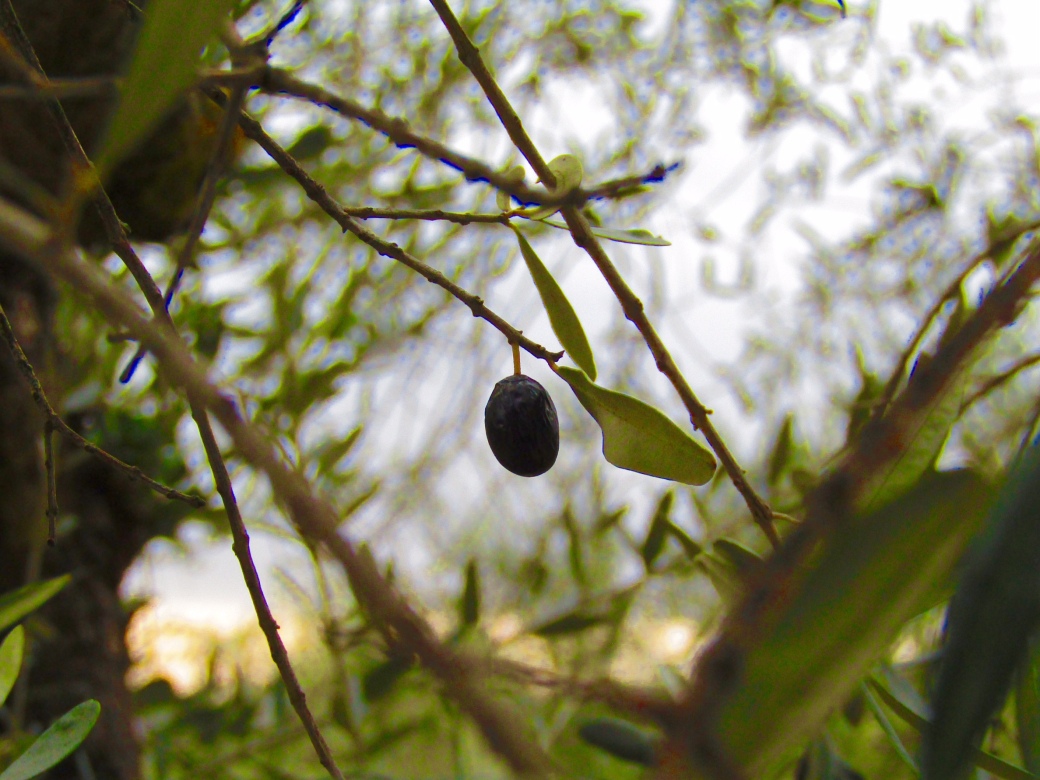 A lonely olive on one of the trees in Borgo di Racciano’s grove. 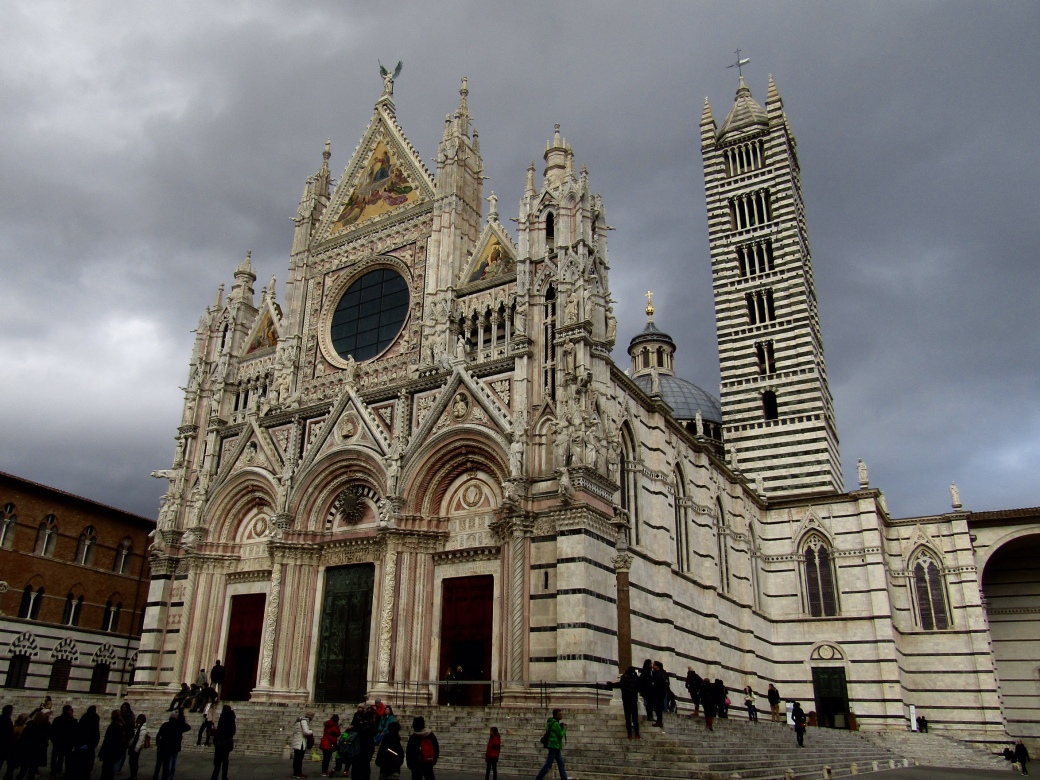 The Siena Cathedral, built in the 13th century, features one of the world’s most ornate church facades. 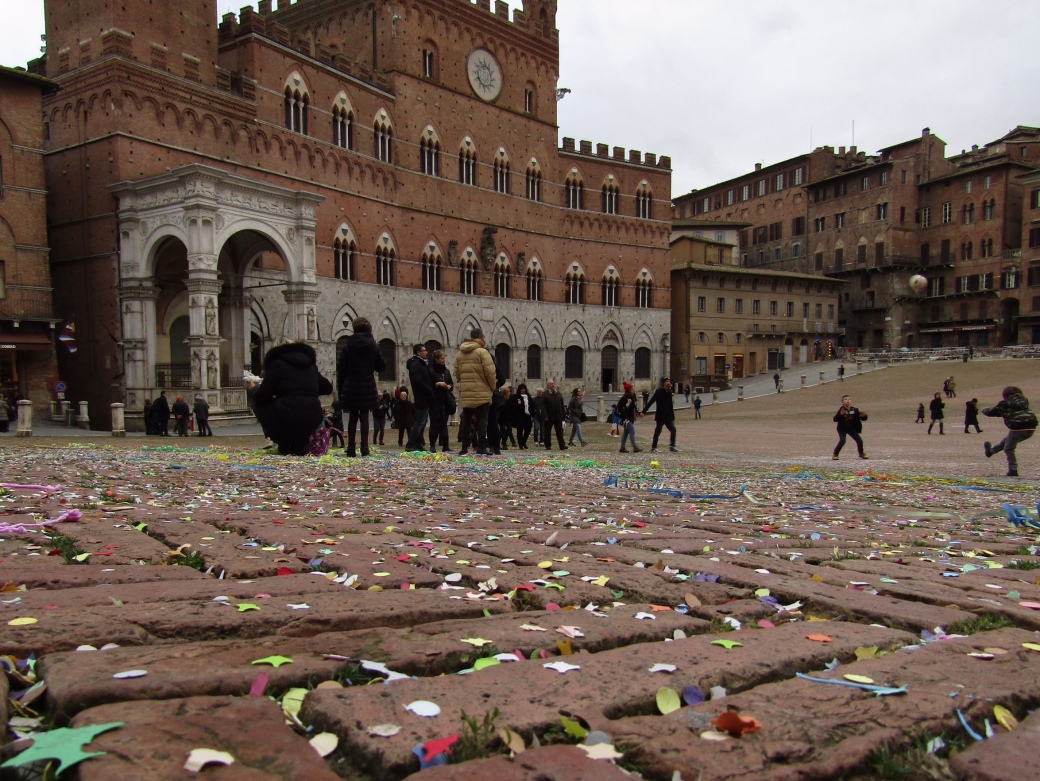