When I think of Holland, the image of wooden shoes and windmills come to mind. Amsterdam hints at it through its many souvenir stands, but there are places where the idyllic scenery of old Holland still exists.

One such place is Zaanse Schans, a neighborhood in the Amsterdam suburb of Zaandam. A short train ride from Amsterdam Centraal, the river town has worked hard to retain some of 17th century Holland, even as it is surrounded by modernity.

While everyone headed across the bridge to the village created specifically for tourists, we stayed on the near side of the Zaan River and walked through the old neighborhood. Restored homes proudly display their original construction dates from the 1600-1700s. Very few of the buildings had been taken over by commerce as usually happens in these kinds of places. These houses are still homes.

We stopped into a chocolate shop called Chocolaterie de Boom and had a glass of hot chocolate. The city was once home to 15 cocoa mills and, although only two large cocoa mills remain today, the neighborhood still smells like chocolate. It’s literally in the air.

On the opposite side of the river, most of the city’s eight remaining windmills invite visitors to see what life looked like pre-Industrial Revolution. With names like The Cat, The Ox and The Spotted Hen, some of the mills even perform the same function as they did nearly 500 years ago. Het Jong Schaap (The Young Sheep) is an active sawmill that offers tours for just a few euros.

We ended our day at the tourist village, which had mostly closed down for the day. Here visitors can see chocolate being made or watch a craftsman make the aforementioned wooden clogs. But the real charm of Zaanse Schans comes by walking along the river and imagining life in old Holland.

De Bleeke Dood, or The Pale Death is the first mill you come to from the train station, marking the bridge over the Zaan River. 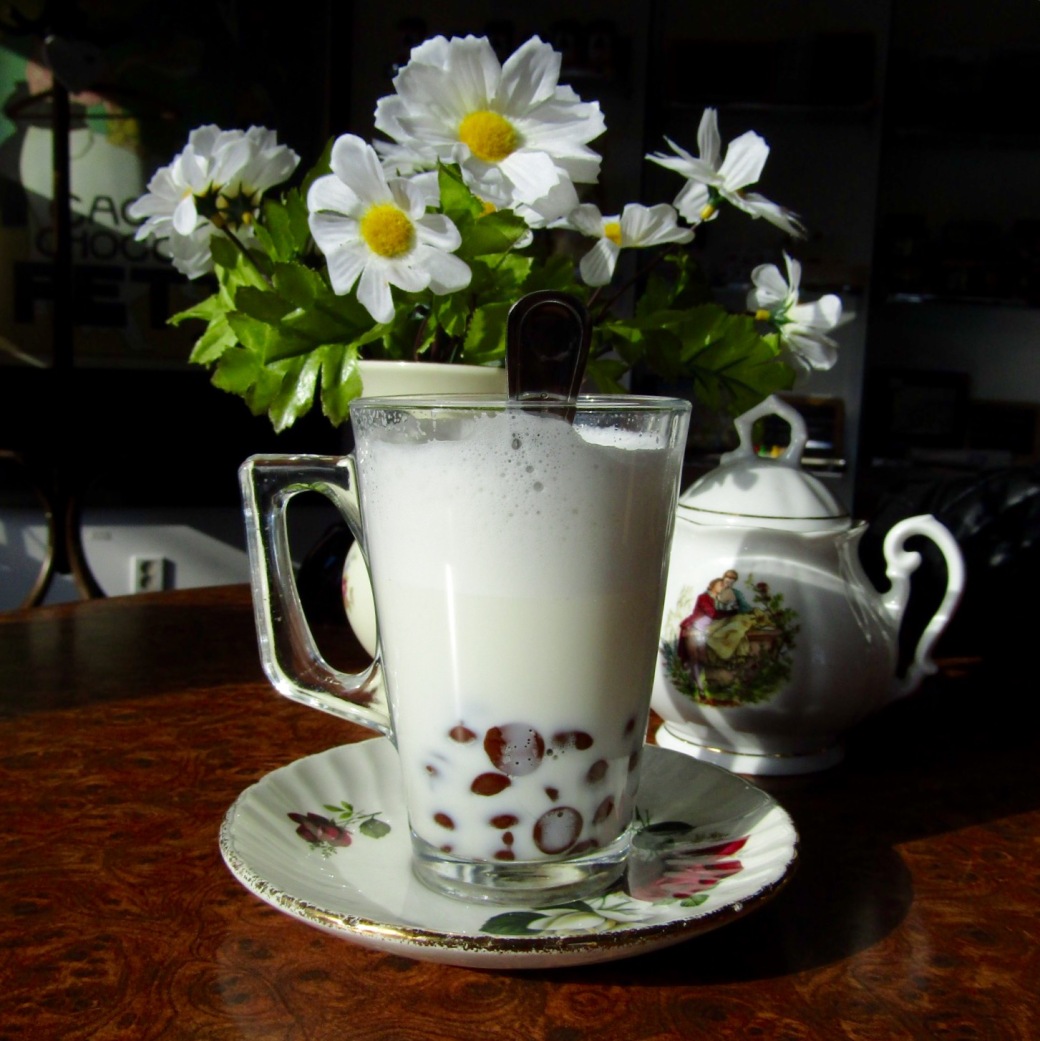 Hot chocolate at Chocolaterie de Boom. Pieces of dark chocolate were placed in the glass with hot milk poured over them. When we were ready, we mixed the chocolate in with a teaspoon. Wonderful!

The Young Sheep, a sawmill, as seen from the opposite side of the Zaan River. 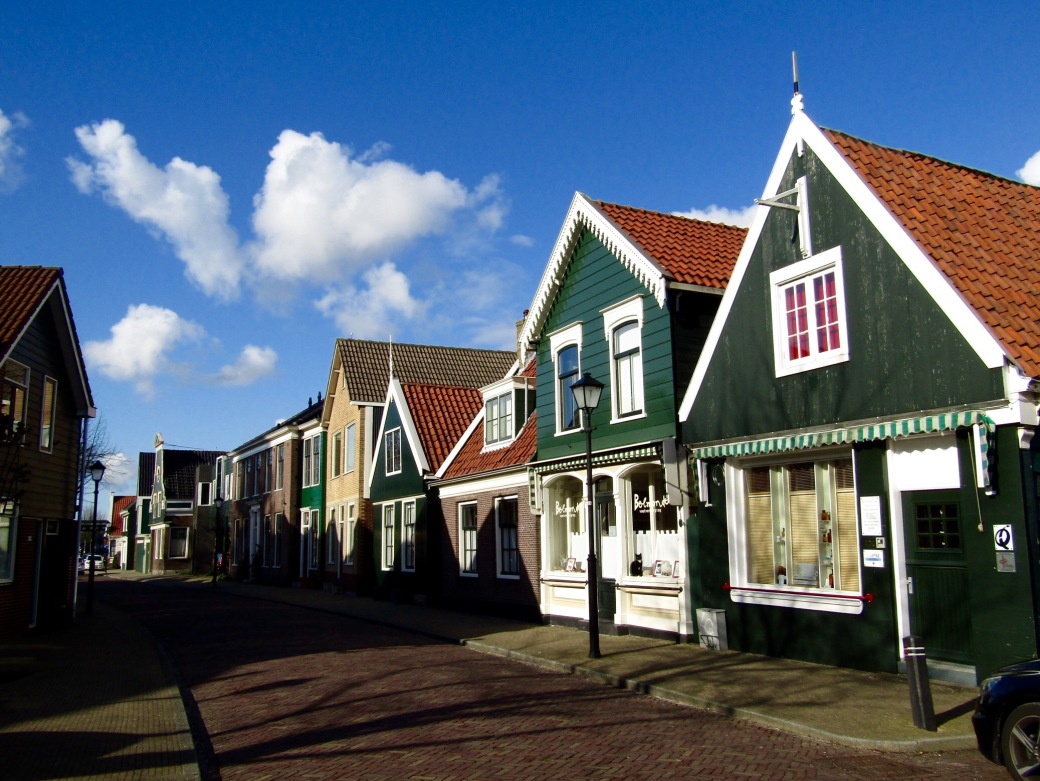 The old homes of Zaanse Schans date back to the 1600s.

From right to left, The Young Sheep (sawmill), The Seeker (oil mill), The Houseman (mustard mill), The Cat (dye mill) and The Crowned Poelenburg (sawmill).

The Cat at sunset.

A bike path runs along the east side of the Zaan River, offering a convenient way to view the windmills. 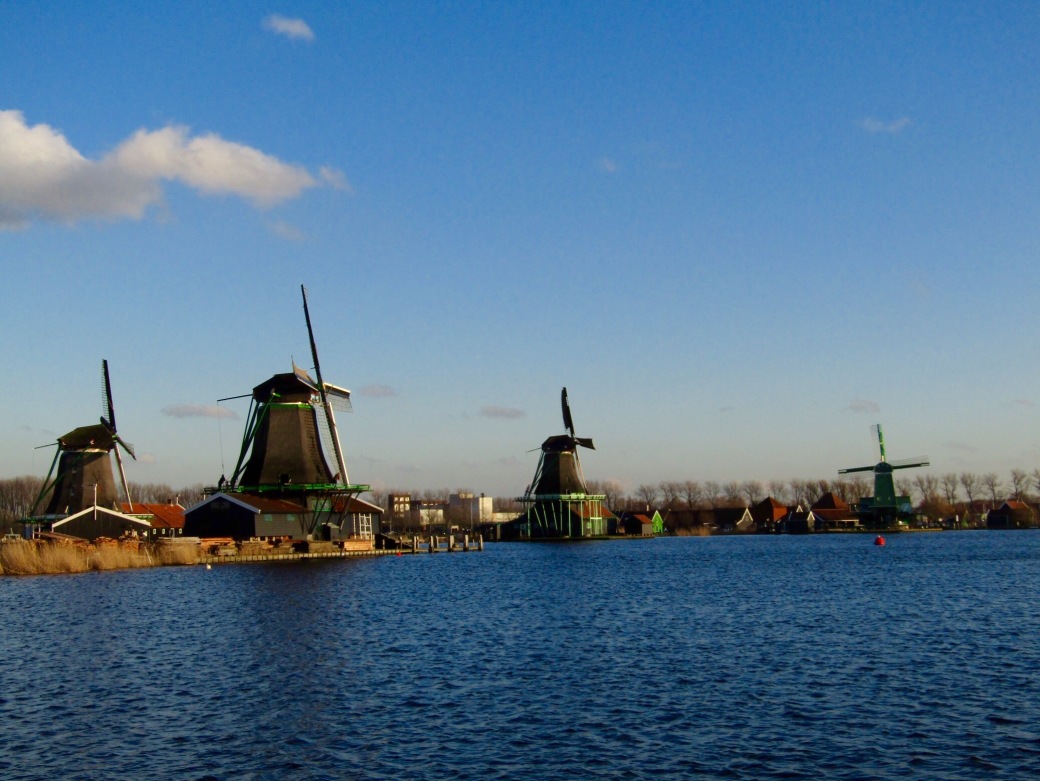 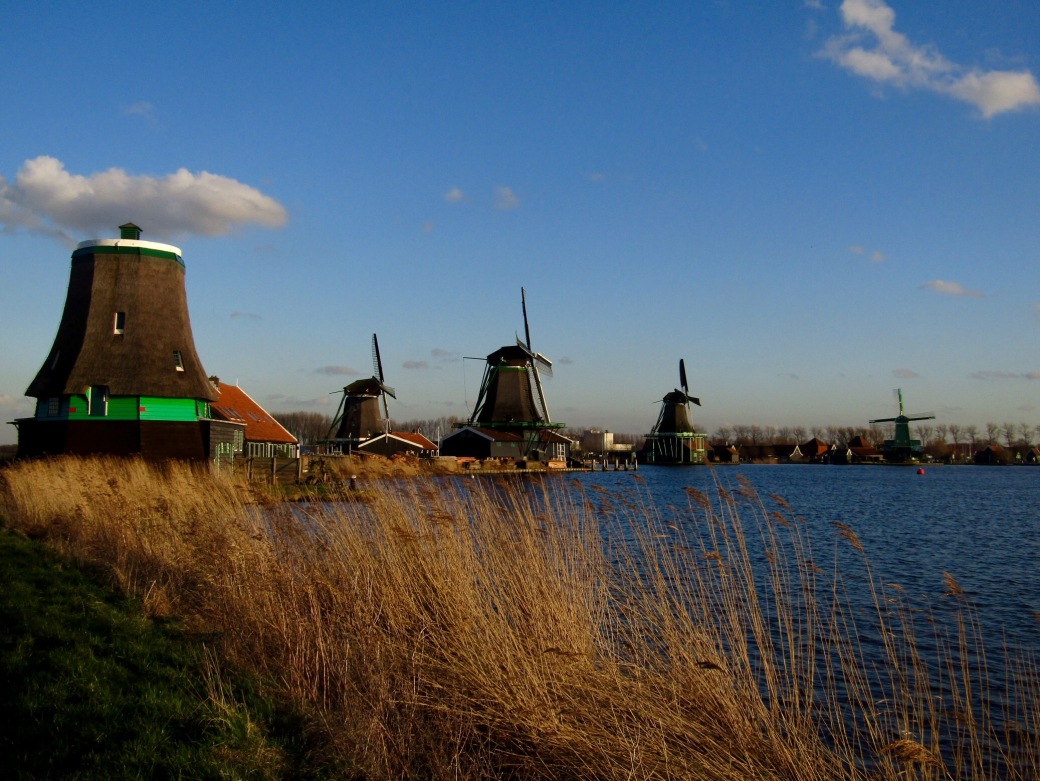 The Houseman at sunset. 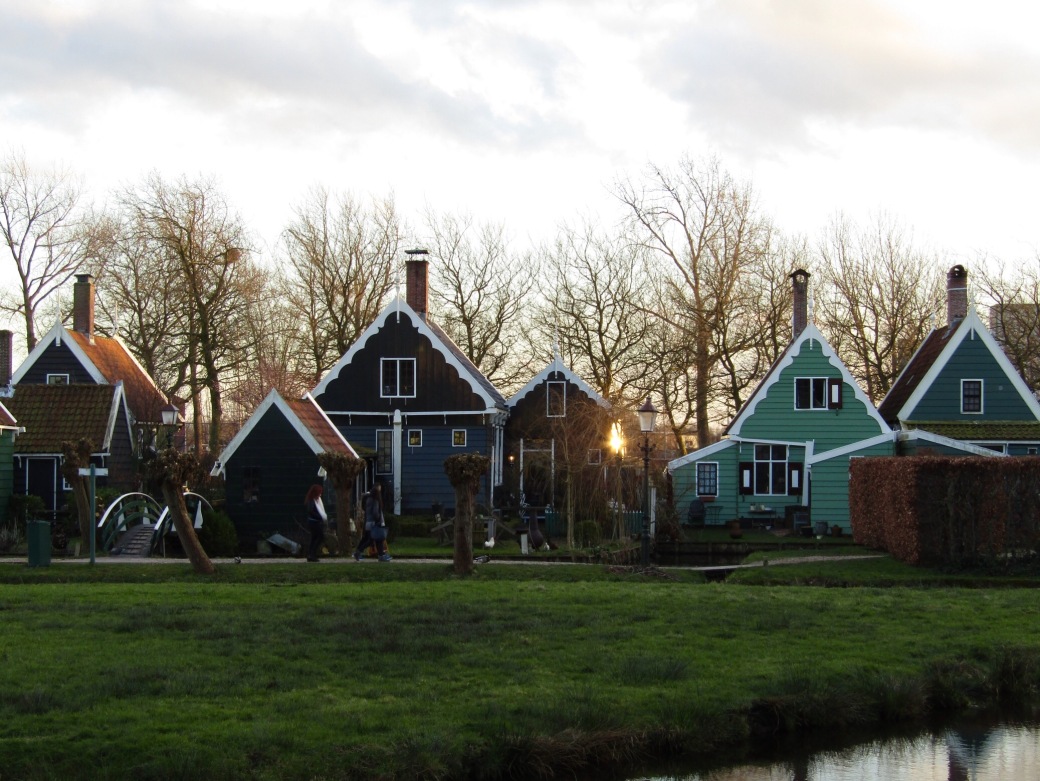 The old houses in the tourist village have mostly been imported from around the area beginning in the 1960s.