On our first day in Siem Reap, we visited Phsar Chas (the Old Market), a local market established in the early 1900s that now caters exclusively to the tourists who flock to the city center. Another market, Phsar Leu, was located a few hundred feet from our hotel and very much NOT targeted at tourists. Seemed a great way to bookend our trip with a visit on our last day in country.

The locals-only market overflowed with fresh fruits and vegetables. Agriculture is an important part of Cambodia’s economy, making up nearly 90 percent of the country’s GDP.

The further back from the main road I went, the more real it became. Vendors butchered meat right in their stalls. The heads and legs of pigs dangled from the eaves. A woman went to work with a butcher knife, skillfully disassembling a large portion of meat. Live fish jumped from their shallow buckets seeking freedom to no avail.

The indoor portion of the market was much less harrowing. Electronics, home goods, clothing and more were packed into the narrow aisles. A large gold jewelry market filled the center of the market. Vendors passed the time between customers by napping, watching YouTube videos and playing games on their smartphones. It IS 2016 after all! 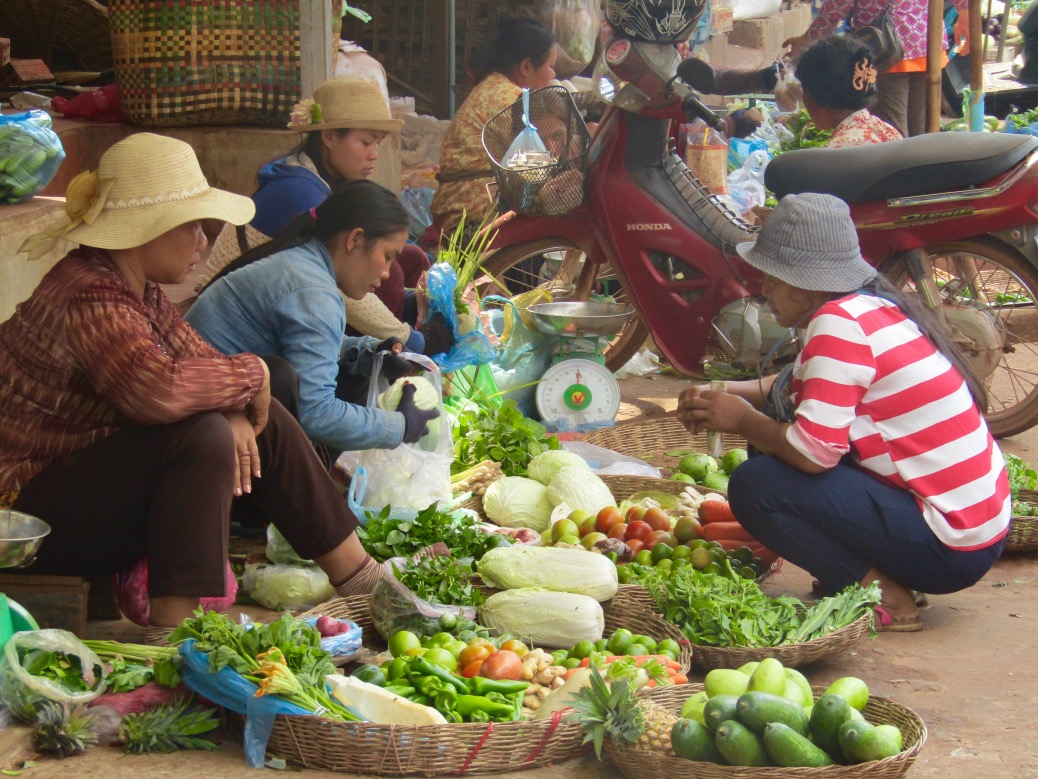 A group of vegetable vendors prepare an order for a customer.

A market-goer inspects a large vine of grapes.

A butcher catches up on paperwork as her raw product hangs all around her.

A boy mans a booth selling a literal mountain of purses. Most of the stalls were well organized, but a couple just piled their wares for all to see.

A t-shirt hanging in one of the booths inside Phsa Leu market says “You Can’t Afford Me.”

More Photo of the Day posts from our December 2015-January 2016 trip to Siem Reap, Cambodia

Day 6: The Night Before