In the process of documenting our experiences living in Japan over the last two years, I somehow failed to write a basic “This is where we live” post. So let’s remedy that!

But Kawagoe’s history extends much further back. Located near the foothills of the Okuchichibu Mountains, it’s a rich agricultural region. The area played an important role in feudal Japan due to its central location in the Kanto Region, earning it the nickname “Koedo,” meaning “Little Edo” (Edo being the former name of Tokyo).

In 1545-1546, a massive battle took place at Kawagoe Castle between warring samurai clans. More than 85,000 soldiers from the Uesugi clan attempted to take the castle from the Late Hōjō clan. Just 3,000 Hōjō soldiers held off the attack until 8,000 reserves arrived.

Despite being significantly outnumbered, the Hōjō mounted a sneak attack in the middle of the night, ending not only the siege but also wiping out the Uesugi family. Kawagoe Castle became the western line of defense for Edo and the Kawagoe Domain earned its place as an important stronghold for the ruling Tokugawa shogunate during the Edo Period (1603-1868).

While the story may be the stuff of movies, it actually became the stuff of video games. The Siege of Kawagoe Castle was featured as a storyline in the 2010 Nintendo Wii game “Samurai Warriors 3.”

The preservation of Kawagoe’s history makes it a popular tourist destination. It’s an easy 30-minute train ride from Tokyo and offers something for everyone.

Kawagoe’s most famous landmark, Toki no Kane (Bell of Time)

The centerpiece of the city is Toki no Kane, or the Bell of Time. The tower was originally built between 1624 and 1644. The original was destroyed by the Great Fire of Kawagoe in 1893 and rebuilt a year later. Today, it still rings at four key times during the day.

After the fire in 1893, fireproof warehouses built from clay and tile began to spring up all over the city. Kurazukuri Street retains the look with warehouses dating back to the 18th century, housing artisan shops, cafes, museums and more.

Kashiya Yokochō (Confectioner’s Row) is one of the most popular stops—certainly one of our favorites! On the narrow pedestrian alley, locally-run shops sell traditional candies, crackers and snacks. Shrimp-cracker sandwiches and 3-foot-long bread sticks are among the local specialties. 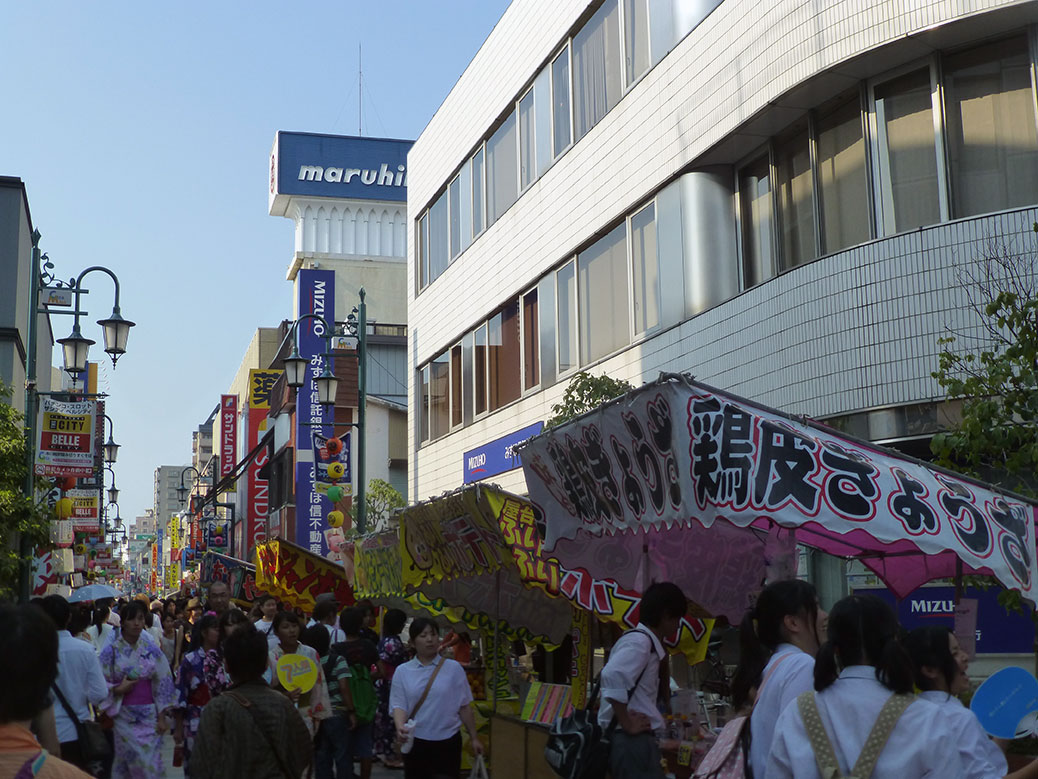 Crea Mall is a little busier during festival season

Closeup of a few of the Rakan at Kita-in

We also seem to have an unusually-impressive collection of shrines and temples. Kita-in is the most famous, founded by Buddhist monks in 830 A.D. In 1638, a fire burned much of the temple. Then-shogun Tokugawa Iemitsu donated several buildings from Tokyo’s Edo Castle to the shrine to help rebuild. Edo Castle was largely destroyed in the Great Kanto earthquake of 1923, leaving the structures at Kita-in as the only remaining original buildings.

A collection of 500 stone statues featuring disciples of Buddha fill a garden on the temple grounds. Folklore suggests that if you visit in the middle of the night, one of the statues will feel warm to the touch. When you return in the daylight, you’ll find that statues resembles you. However, I’ve never seen the gates to the statue open, so I guess there’s no way to know for sure…

With New Year’s right around the corner, Kita-in and Naritasan Betsuin Temple are both great places to literally ring in the New Year as you can wait in line to gong the large bronze temple bells (ō-bonshō).

If you only have one day in Kawagoe, you can use one of the old-style Koedo Loop Buses to get around town. The bus stops at all of the landmarks and for just 500 yen ($4.13 USD), you can buy an all-day hop-on/hop-off pass. You can also pick one of the walking tours if you’re up for a lot of walking. The Seven Lucky Gods walking tour hits all the best temples, Confectionary Row, the warehouse district and the Bell Tower.

We live in the suburbs of Kawagoe, Saitama, about four miles from the city center. Despite choosing our apartment from some roughly-translated faxed floor layouts, we found ourselves in a perfect little neighborhood.

We have a great park just a couple blocks away and three large grocery stores within a 10-minute walk. The nearby bakery is a fun place to hang out on a Sunday morning and the baker often comes out of the kitchen to greet us personally before finding a little something extra to drop on our tray only after we’ve already paid. 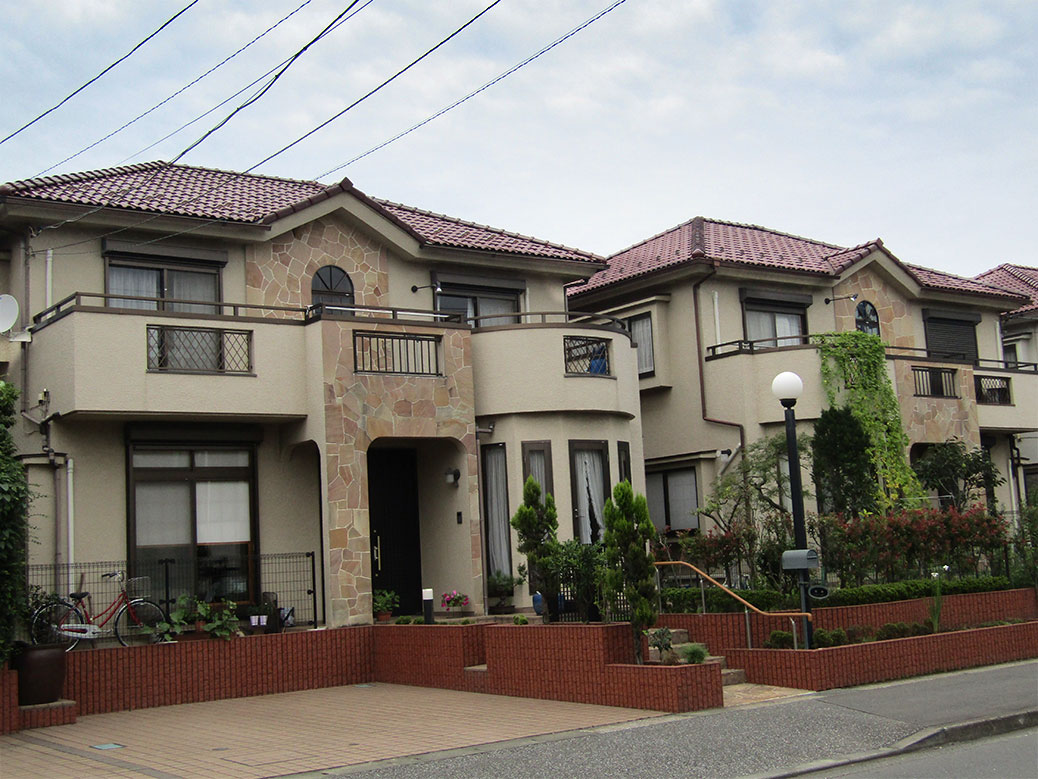 We’d heard horror stories about the small sizes of Japanese homes. They certainly do exist, but not in our neighborhood. Our apartment is in the middle of a residential area with mostly single-family homes. Having watched some of them be built last spring, I know them to be mostly 1,400-1,600 square feet with three to four bedrooms and multiple living spaces. Regardless of size, Japanese apartments and homes use the available space very efficiently.

Check out some of the older posts featuring stories from daily life in Kawagoe.