The homes in Hanoi’s Old Quarter still reflect the family-driven architecture of the late 19th century. Many are three to five stories tall, but very narrow in the front while stretching deep into the lot. Properties were taxed based on width, so buildings were constructed with the narrow faces. The first floor typically contains a shop on the street side with a workshop in the back. The family resides in the upper floors, with as many as three generations living in the same home. 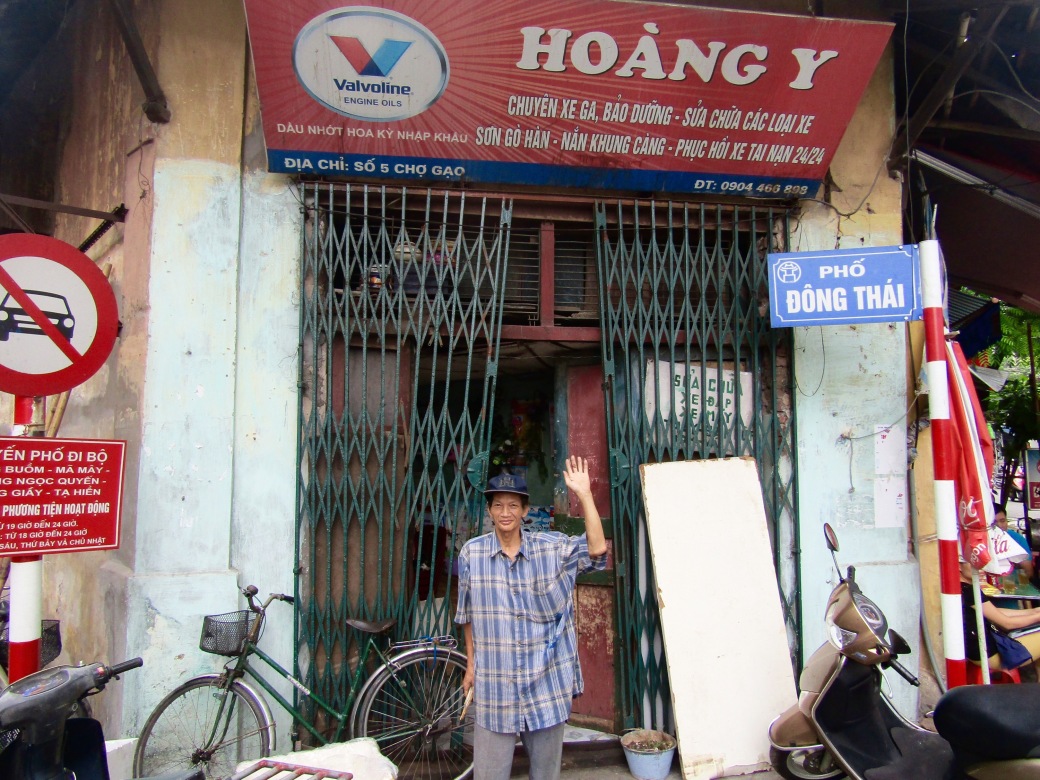 While orienting ourselves in the Old Quarter, this man came up and pointed out our current location on the map. He then gestured several times to our camera, indicating he’d like us to take his photo. We obliged and he said goodbye, heading back into his shop. I guess he wanted us to have something to remember him by… done and done! 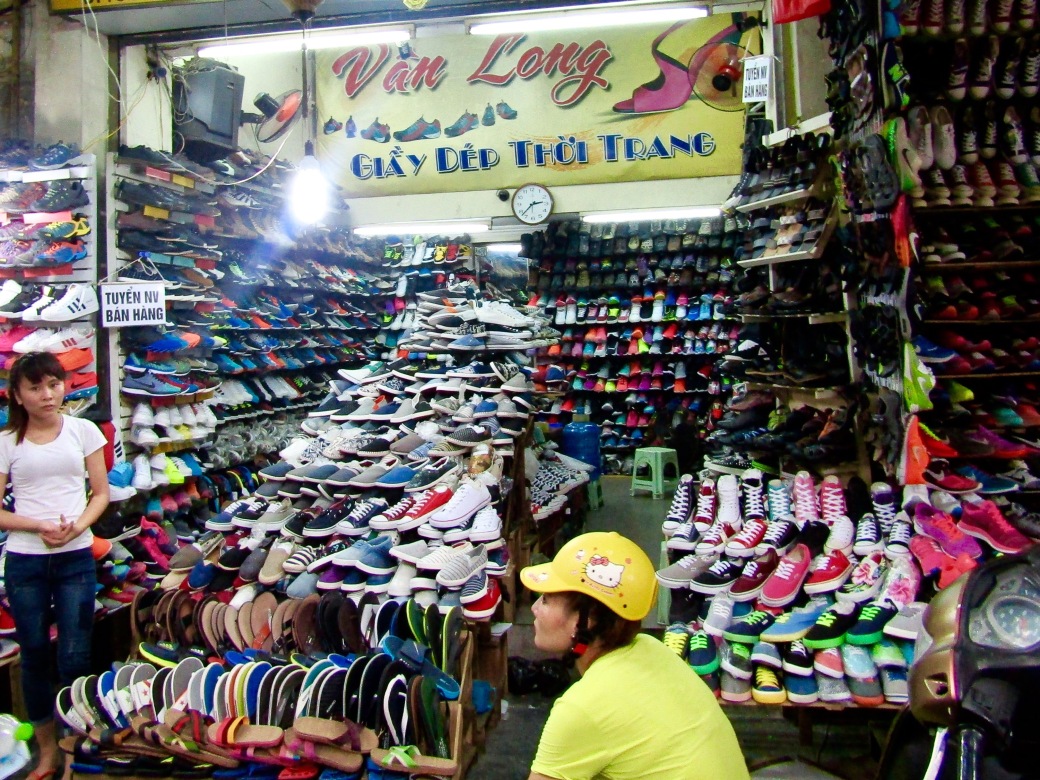 On Hang Dau (Shoe Street), brand name shoes made in Vietnamese or Cambodian factories spilled out onto the sidewalks. The authenticity may be dubious, but the prices are not. Unfortunately, larger Western-sizes for men are pretty hard to come by.

At Ngoc Son (Temple of the Jade Mountain), a visitor left an apple on the tiger’s head as an offering. The tiger is a symbol of stability in feng shui. 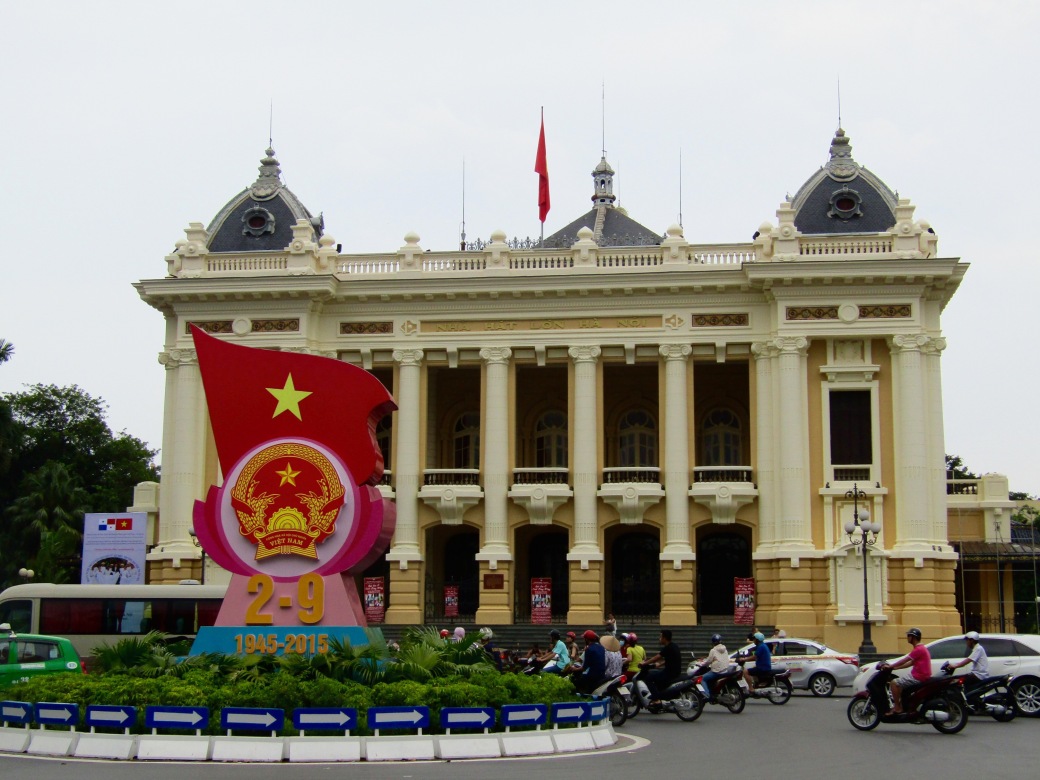 The Hanoi Opera House was built over the course of 10 years beginning in 1901 during the French colonial era. The opera house still hosts both Vietnamese and Western productions today. 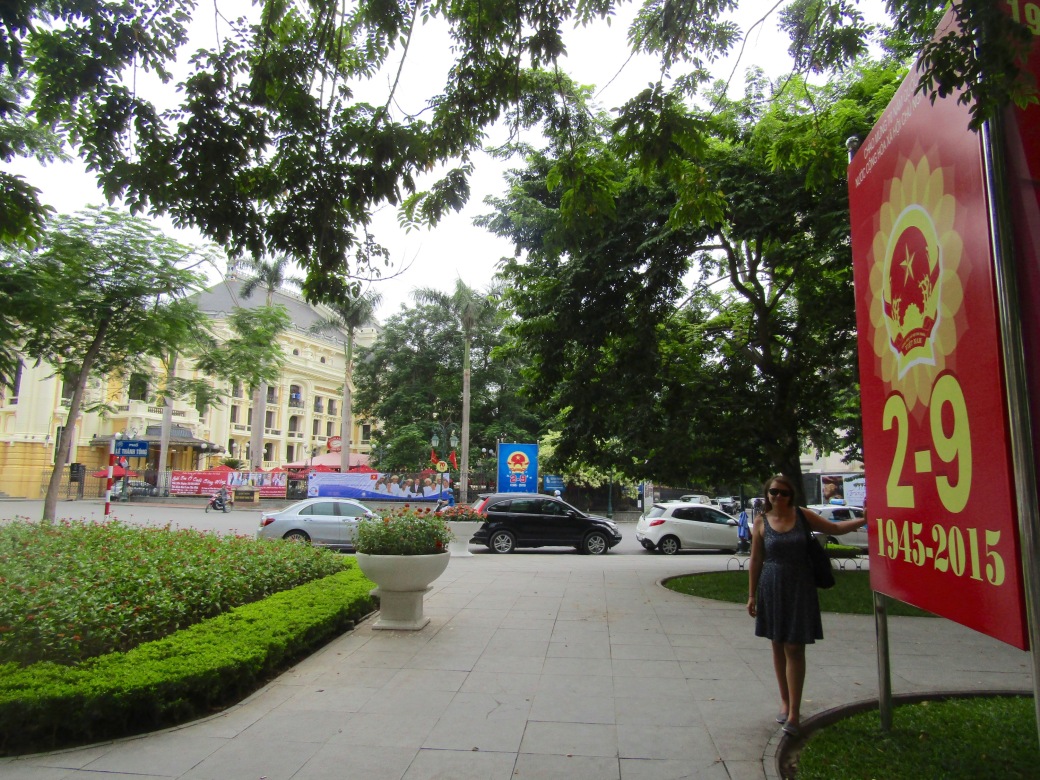 Hanoi is teeming with posters and in-construction decorations in preparation for the country’s 70th anniversary of independence on September 2. Should be quite a party!

Walking toward Hoa Lo Prison (better known as the Hanoi Hilton where U.S. senator John McCain was held captive with other Americans during the Vietnam War) the skies began to turn a dreadful shade of purple. We managed to grab a taxi before it got too bad and watched the streets of the Old Quarter turn into a river from the dry hotel lobby. It was easily the most amount of rain I’ve ever seen, and that’s saying something coming from a Cascadian!