On our last day in Vienna, we followed a walking tour through Wieden, the city’s fourth district. A little less touristy, the area shows the side of Vienna that sprouted up after 1900 vs. the older historic city center.

After filling up on apple pancakes at Heindl’s Schmarren and Palatschinkenkuchl, a classic Viennese diner, we walked through Stadtpark. The 28-acre park opened in 1862, becoming Vienna’s first public park. A few locals spent a lazy Saturday morning sitting around the pond reading newspapers and feeding the pigeons. We did a loop, then headed north toward the Danube River.

The Kunst Haus features some of the graphic works of 20th-century artist Friedensreich Hundertwasser. But the outside with its funky curves, patterns and colors are really where Hundertwasser shines. Often compared to Spanish architect Antoni Gaudí (whose works we saw in Barcelona), his masterpiece is located just down the street.

Hundertwasserhaus was built using designs suggested by the artist and contains 53 apartments as well as four office spaces. The floors are undulating, providing what Hudertwasser called a “divine melody to the feet.” The roofs are covered in soil and grass. Some of the homes have trees growing inside with limbs winding out of the windows.

We ate lunch in Arenbergpark under the shadow of a flak tower. The concrete anti-aircraft towers were built by the Third Reich during Germany’s World War II occupation of Vienna. Russian forces attempted to demolish the towers following the war, but the potential damage to nearby residences forced them to abandon the plan. Today they’re considered historic monuments. Kids played soccer on a small field nearby, the towers absorbed into the background of the park.

We grabbed a quick dessert at Cafe Neunteufl, a very local konditorei, then continued into Schwarzenbergplatz. The public square has a large monument celebrating the 17,000 Soviet soldiers who were killed in the liberation of Vienna at the end of World War II. The monument is still divisive as the post-war occupation of the Soviets was difficult for many Viennese. Yet, as recently as 2011, the city has paid for major refurbishments to the memorial.

Just up the street from the memorial, we entered the gates of the Belvedere palace complex (pictured above). Built during the Habsburg dynasty around the same time as Schönbrunn Palace, the grounds feature a long courtyard with two impressive Baroque palaces—the Lower Belvedere and Upper Belvedere—at either end.

That evening, we boarded an overnight train bound for Rome. A young man and three Italian high school girls joined us in our six-bunk compartment. The bumpy ride made for a long night, but while unable to sleep, I watched the Austrian countryside roll by. A floodlit castle sat majestically upon a hill bidding a fond farewell to our time in Vienna. 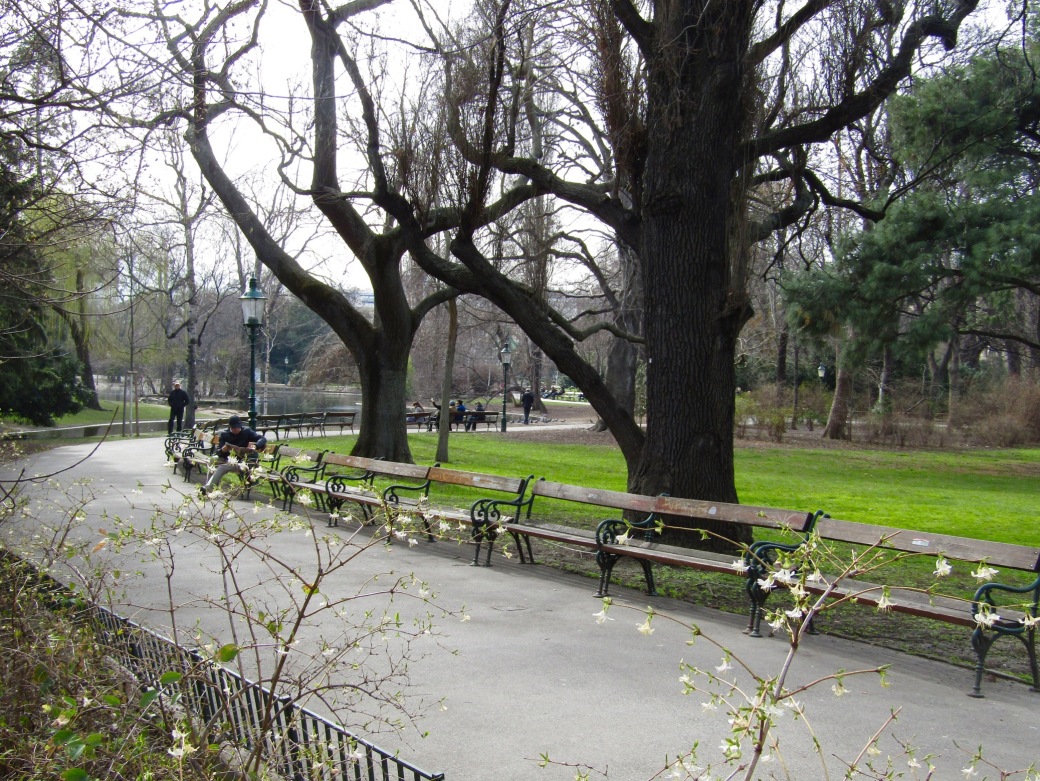 A man relaxes in Stadtpark with the morning newspaper. It was refreshing to see people still reading actual newspapers all over Vienna. 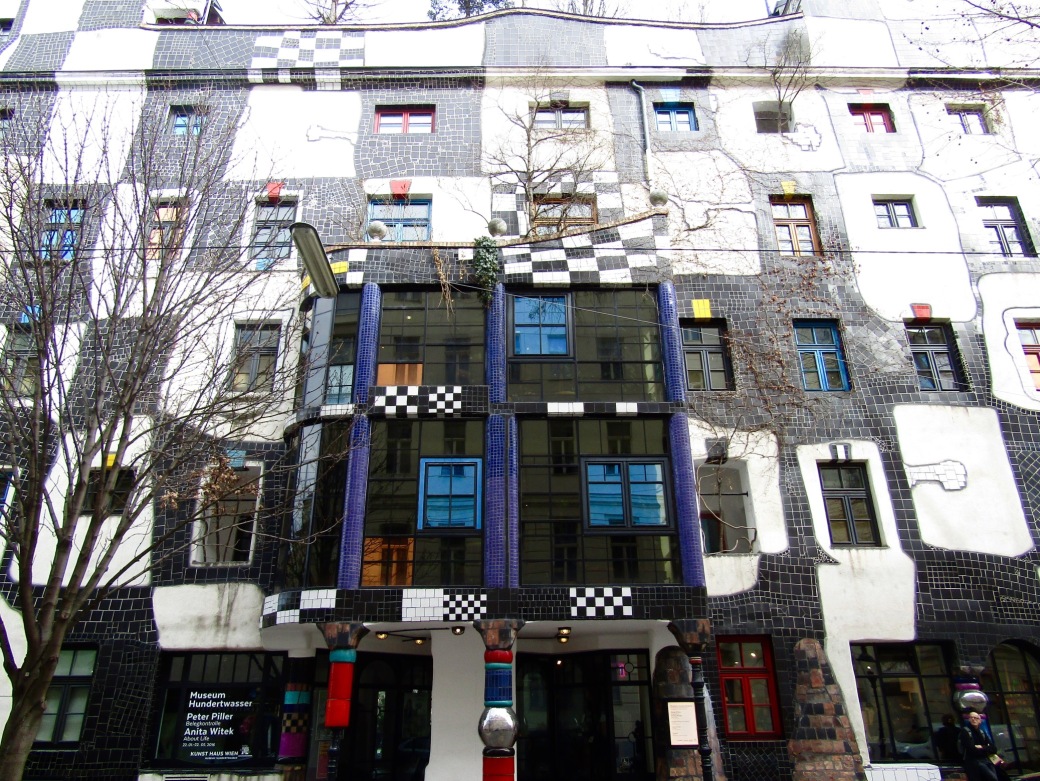 The funky facade of Kunst Haus, a museum dedicated to the works of Austrian artist Friedensreich Hundertwasser. 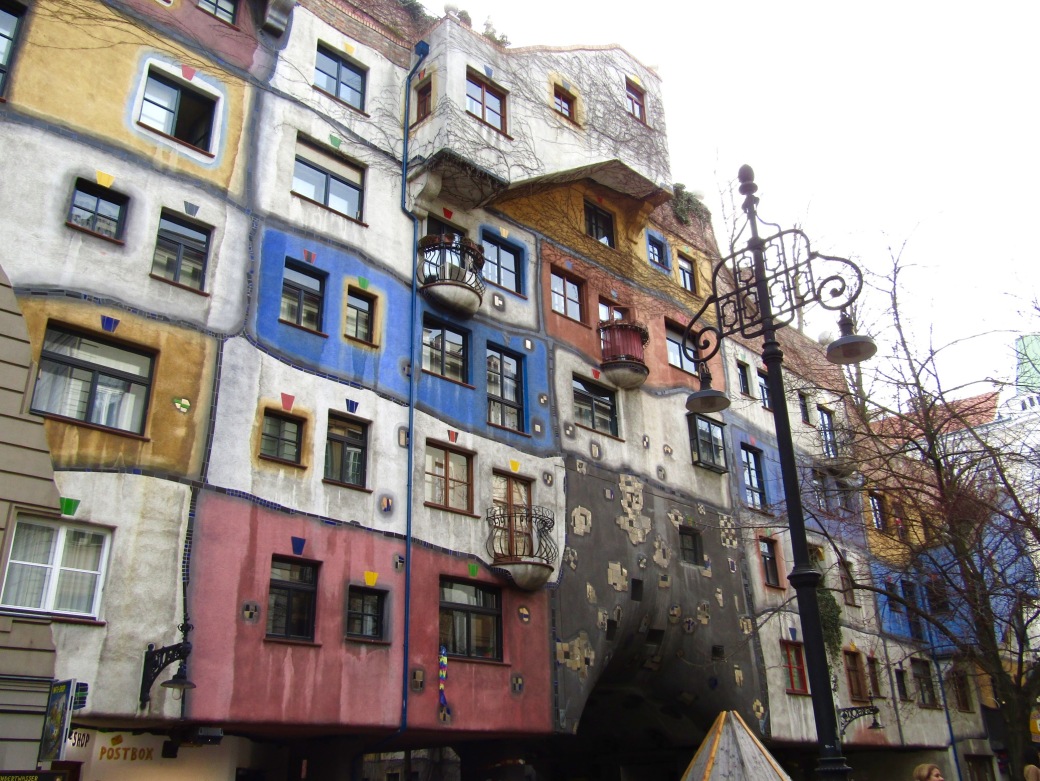 Hundertwasserhaus, a crooked, nature-filled apartment complex based on the eccentric architectural ideas of Friedensreich Hundertwasser. 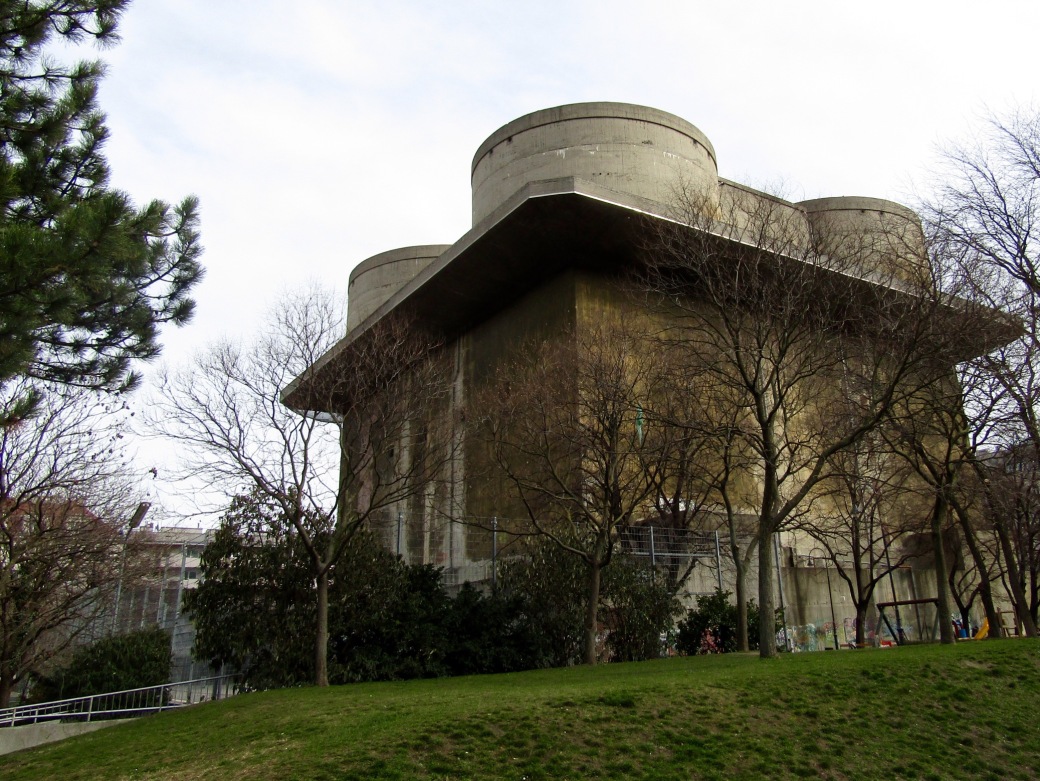 The flak towers in Arenbergpark were built by the Nazis as anti-aircraft defense during the German occupation of Austria during World War II. 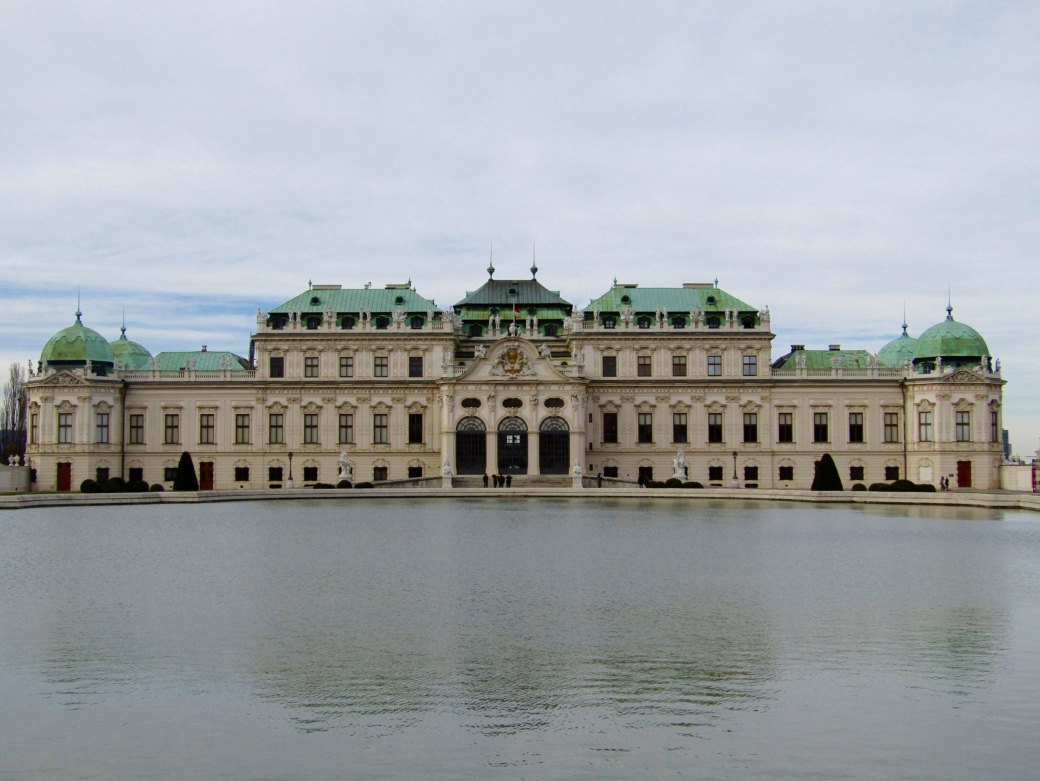