Day 23: Hong Kong Past and Present

Our first full day in Hong Kong fell on a Wednesday, which just happens to be free admission day at the Hong Kong Museum of History. The very well-done museum begins 400 million years ago and ends with the transfer of sovereignty to China. The museum seems highly concerned with the loss of traditional Hong Kong culture and focuses much of its collection on customs and arts, such as these puppet heads used in puppet operas.

With Hong Kong’s role as a major part of the global economic ecosystem, it’s easy to overlook the fact that humans have been roaming the islands for 40,000 years. In addition to displaying artifacts like stone tools dating back thousands of years, the museum has also recreated scenes of daily life from the Neolithic era (10,200 BC – 2000 BC).

I’ve always loved watching traditional Chinese dragon dancing, especially when the coordination makes you forget there are people inside the costume. The museum offered several opportunities to get closer looks at many of the exhibits, including a pair of dragon models. 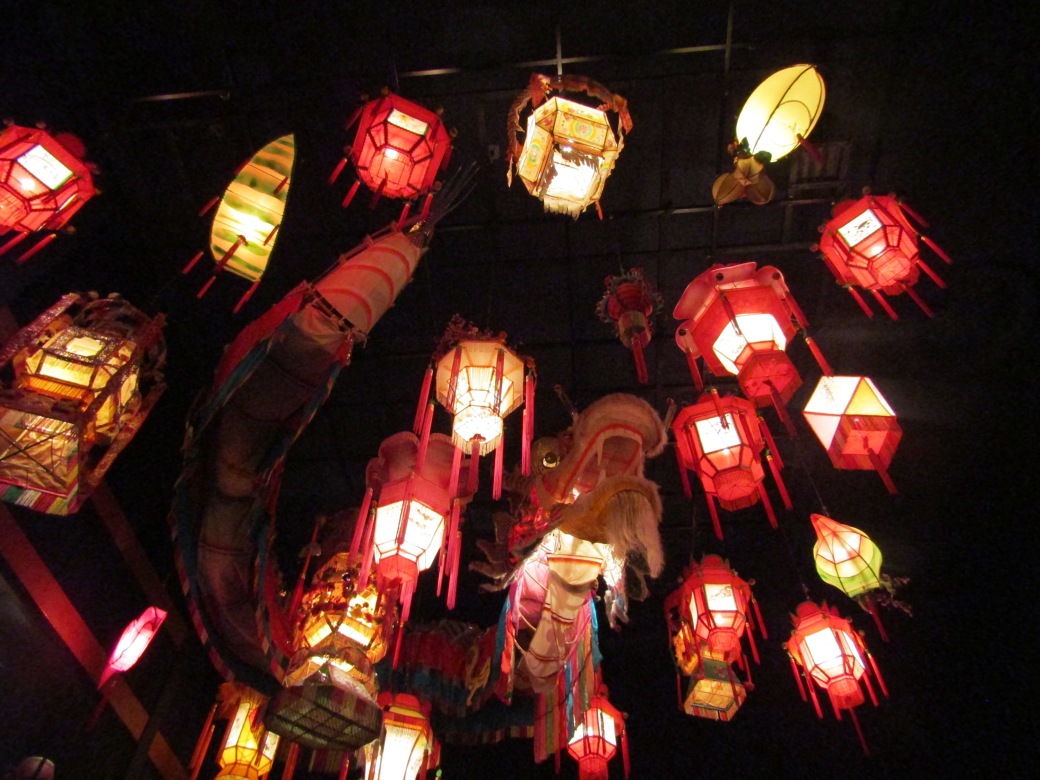 Several short films played in theaters throughout the museum, expanding on different parts of Hong Kong’s history. One theater featured a film about the various traditional subgroups of people. The theater was decorated with representative clothing and artifacts from each group, including the lanterns which were an important part of rituals in many local villages. 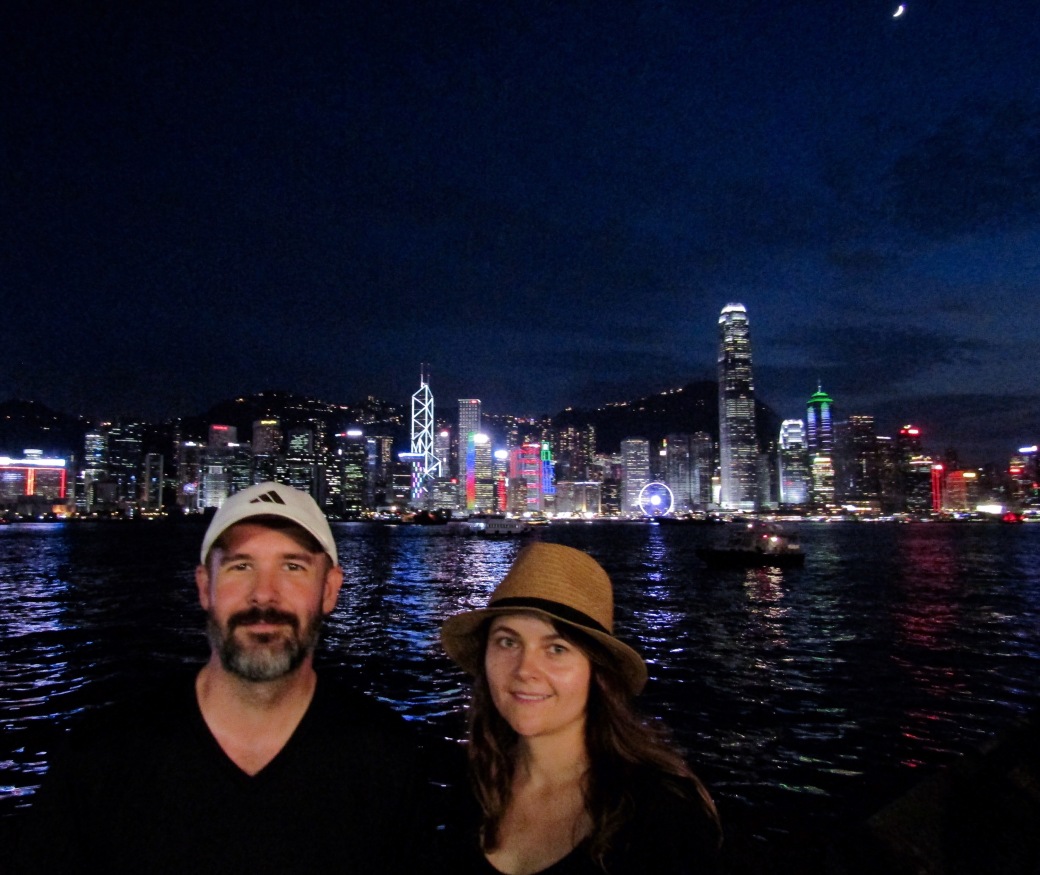 Waiting for the Symphony of Lights showーa light, laser and sound show starring the skylineーto begin. Although I can attest that we actually were there, the photo reminds me of the souvenir package we bought at the Sydney Opera House where we were photoshopped into various Opera House scenes.