There are just a handful of landmarks that are intertwined with the identity of a place. The Great Wall of China. The Statue of Liberty. The Eiffel Tower. And the Leaning Tower of Pisa.

On our last day in Florence, we took a day trip out to Pisa to see one of the world’s great architectural follies. Construction on the grand tower began in 1173, but stopped just a few years in as the first three tiers began to list. Pisa’s artisans started again 100 years later, but could never solidify the foundation, built atop soft sand and clay. To compensate for the lean, the builders created a subtle curve in the remaining tiers.

The tower continued to sink as the centuries passed. By the 1990s, it had a five degree lean and was in danger of collapsing. To bring the tower back to its original lean, workers excavated more than 70 tons of soil from the north side, effectively sinking it back to “level.” The solution is expected to preserve the structure for another 300 years.

In person, the lean of the tower is far more impressive than in photos. The flag atop the tower is perpendicular to the ground and the neighboring Baptistry (which leans 51 cm itself) provide a baseline to see how far off-plumb it really is.

The quintessential Pisa photo is the “holding up the tower” shot. Watching all the tourists holding contorted positions and balancing precariously on posts and rails, all for the perfect shot, is part of the experience.

The neighboring Baptistry provides a point of comparison to show the amount of lean in the tower.

From this angle, the “banana curve” of the tower can be seen. The original builders attempted to compensate for the tilted base by curving the remaining tiers. 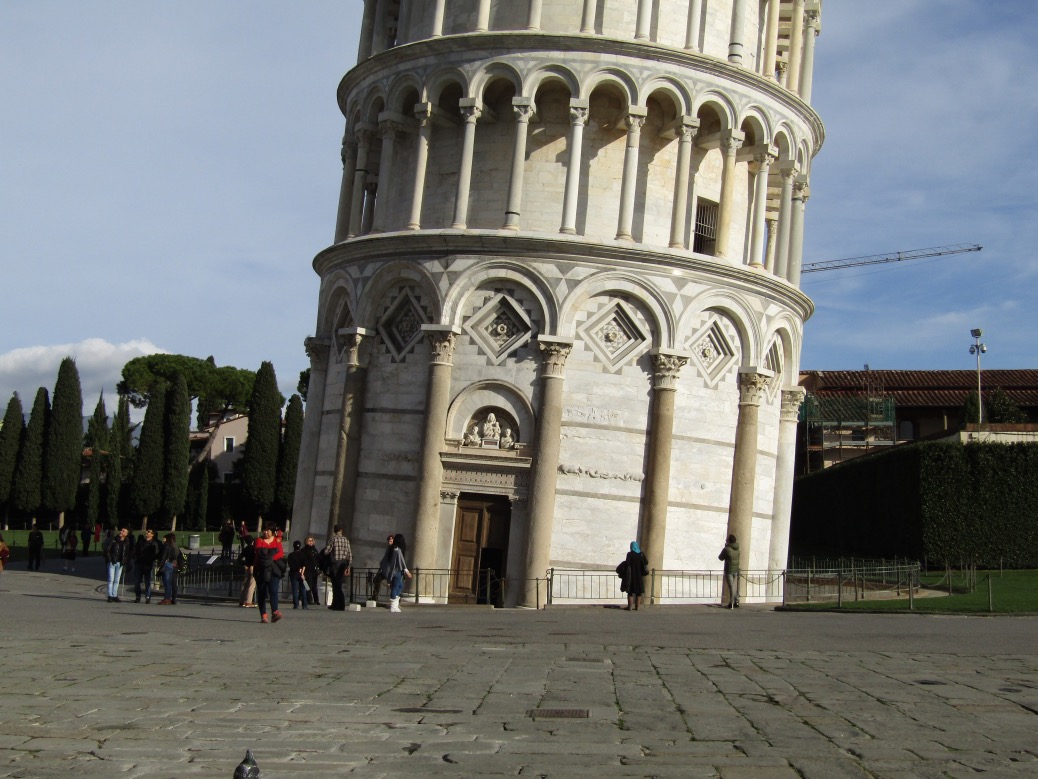 Close-up of the base. The tower began to list after the first three tiers were built due to the unstable sand and clay soil under the foundation. 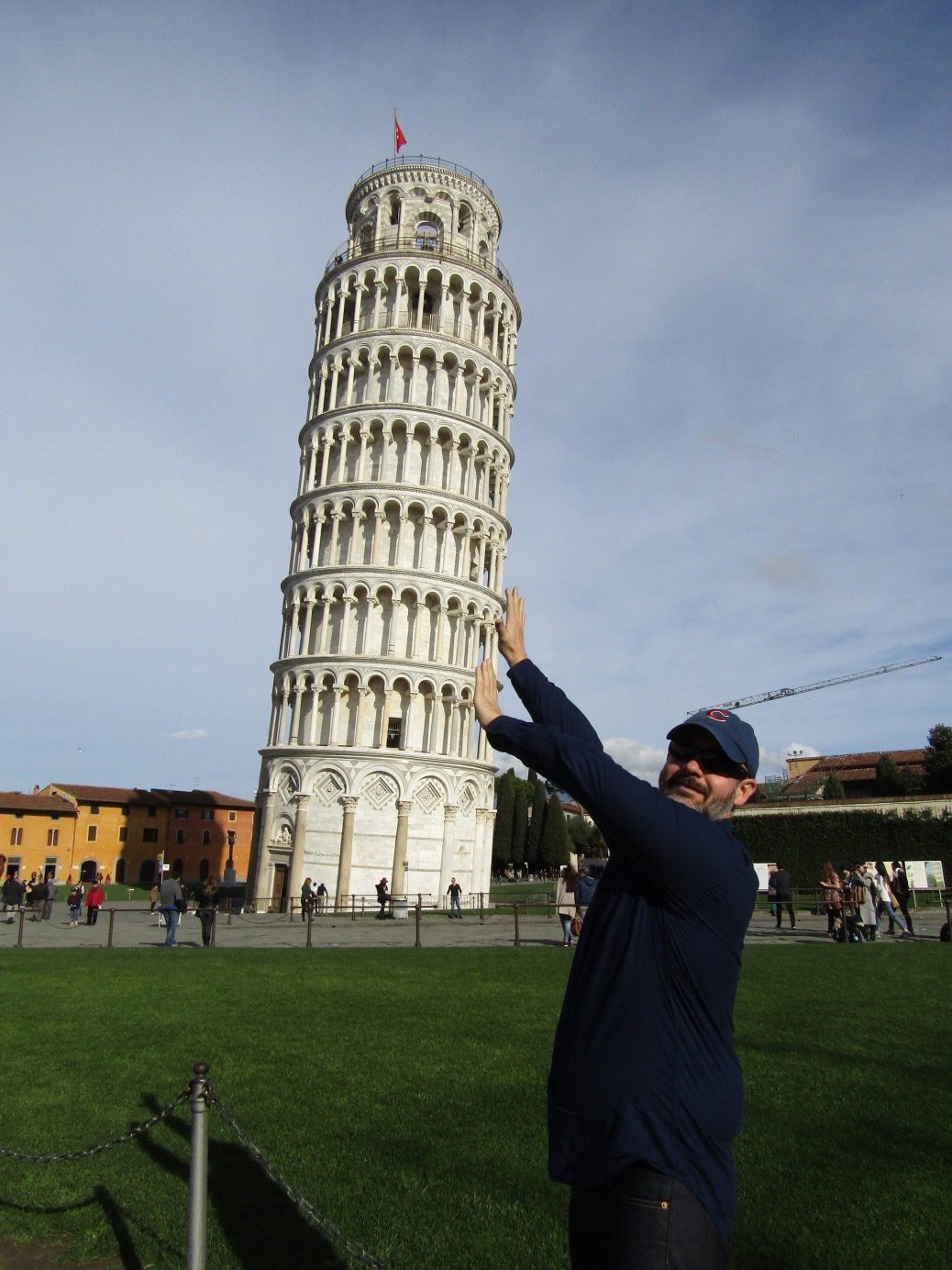 Holding up the tower is a lot of work. That’s why the tourists take turns.

Imagine this scene without the tower…

The tower’s neighbors in Campo del Miracola, the Duomo and Baptistry, are also slightly crooked at 25 cm and 51 cm respectively.

Back in Florence to finish the day, we walked through the south part of town and across the Ponte Vecchio bridge. The bridge is lined with shops on both sides. Originally butcher shops, they now host jewelry and clothing shops.