The colorful stalls of the Mong Kok Ladies’ Market in Kowloon, Hong Kong. In addition to the typical tourist finds, there’s also a very large collection of “copy” designer handbags, watches, electronics and clothing.  Some fakes are obvious while others don’t even bother changing the brand name. In many cases, the products come from organized crime groups. Hong Kong Police have been working to clean up the markets, but tourist demand continues to drive the supply. 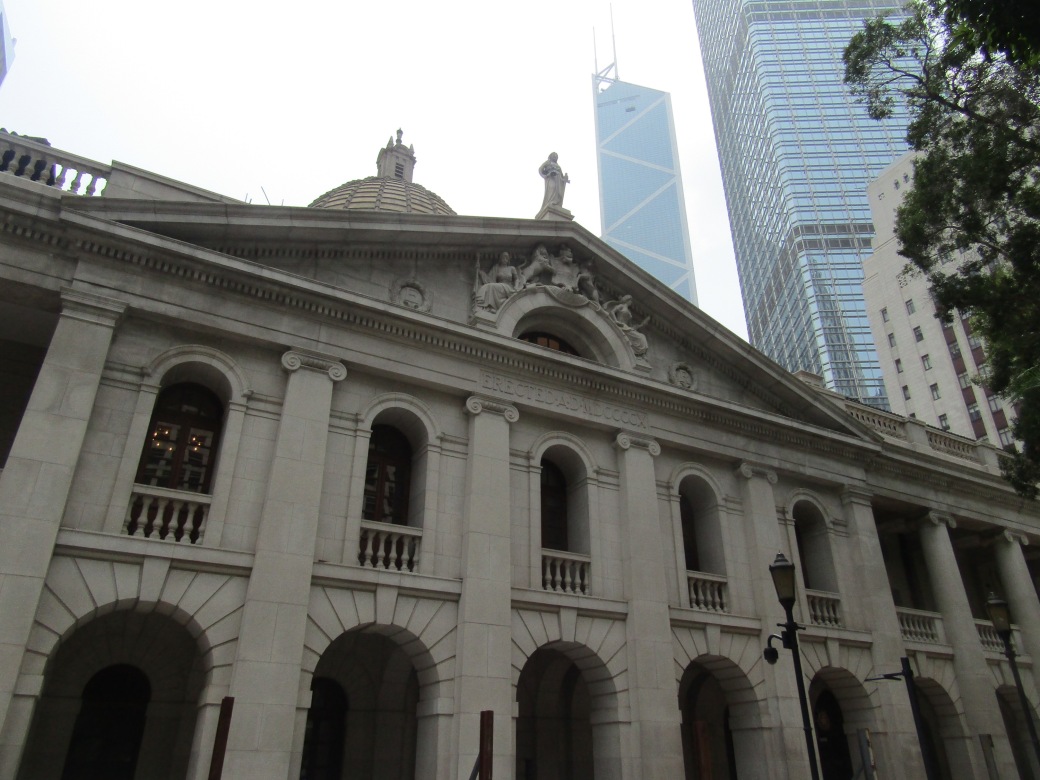 On our last full day in Hong King, we followed Lonely Planet’s walking tour of the Central district. The Old Supreme Court Building was originally built in 1900, designed by the same British architects responsible for the famous eastern front of Buckingham Palace. It served as the home of Hong Kong’s Supreme Court and later it’s Legislative Council. During World War II, the occupying Japanese forces used it as a home for the military police.

The iconic Bank of China Tower (left) was designed by famous American architect I.M. Pei and was the first building outside of North America to top 1,000 feet. It also is a featured player in the Symphony of Lights show we saw on our first night in HK.

This awesome mural captures the essence of Central, if Central were populated by giant pandas.

A lucky shot from Cheung Kong Park goes all the way down to Victoria Harbor, catching a “Ding Ding” (double-decker tram, named for the sound of its bell), the blindfolded Justice statue atop the Old Supreme Court Building and the Hong Kong Observation Wheel along the way.