I’m self-diagnosing a case of selective attention deficit disorder. It’s brought on my projects that aren’t particularly interesting to me. Treatments include watching baseball, going for a run or doing just about anything else.

I have a couple of those projects on my plate this week, so I decided to remove the distractions. I loaded up my computer and headed to Starbucks to work for a bit. There’s plenty of good workspaces around town, but the coffee giant is the only one that offers free WiFi.

The closest Starbucks in Kawagoe Station is usually crowded with commuters and since the station is our transportation hub, I wanted some new scenery. I pulled up Google Maps and plotted out some of the other shops in the area. That landed me in nearby Fujimino City.

Fujimino is the first stop on the express line toward Tokyo from Kawagoe Station, but we’ve never had reason to go there, so this was a good chance to explore the area a bit. I arrived around lunchtime and had plotted out a couple potential lunch spots. 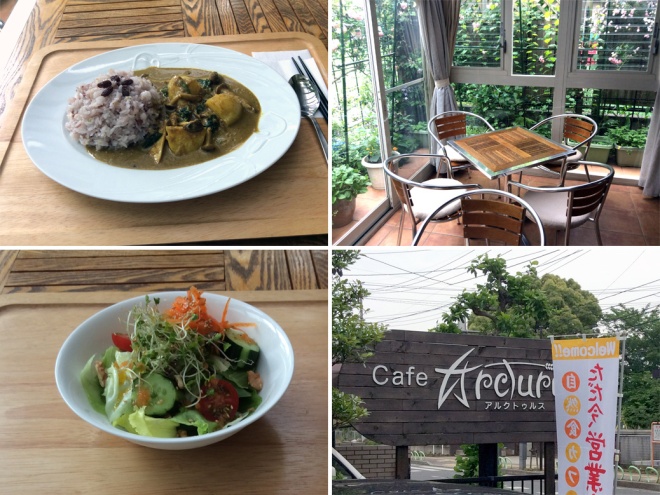 The curry lunch set at Arcturus Cafe in Fujimino. The small shop has a couple tables in a solarium surrounded by flowers in bloom

I chose Arcturus Cafe, which I’m told by Wikipedia may be named for the brightest star in the Northern Hemisphere. Macrobiotic cafes like this are one of the few safe bets for a vegetarian meal in Japan.

I chose one of the two tables in the solarium at the back of the restaurant. Outside, rose bushes and other greenery pushed against the glass. I ordered the curry set. Japanese curry is available nearly everywhere, but it’s made with chicken, so it’s usually on the no-fly list. Potatoes and mushrooms took the place of the chicken. It was fantastic!

Arcturus also bakes its own bread using a naturally fermented yeast. The soup and salad set is served with fresh bread and coffee. I can’t wait to go back to try it.

After lunch, I headed to Starbucks to actually get some work done. The Starbucks is about 10 minutes from the station, so the crowd was pretty thin in the early afternoon with most of the customers coming through the drive-through. 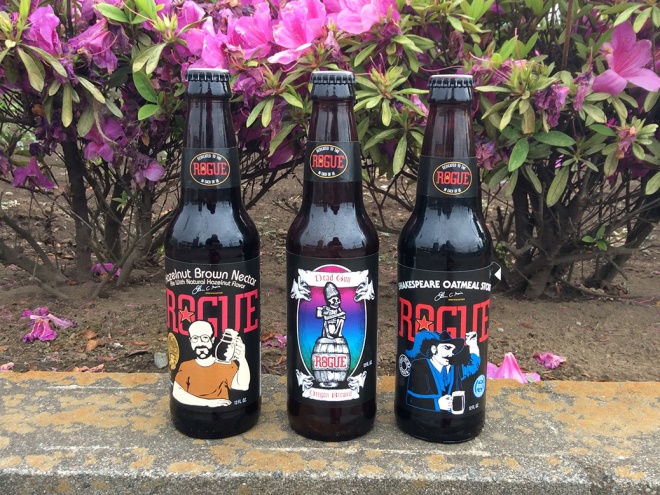 After I finished my work, I popped into the Aeon department store down the street. I remembered from a trip to the Aeon near Costco that they have a large liquor section with a decent selection of craft beers. Sure enough, they had three different choices from Oregon’s Rogue Ales & Spirits. I took one of each: Hazelnut Brown Nectar, Dead Guy and Shakespeare Oatmeal Stout.

I tried to make a joke with the cashier that both the beer and I were from the same place. She laughed and said a whole bunch of other stuff that I didn’t really catch. Can’t win ’em all…

My projects will keep me busy for a few more weeks and I plan to use my new method of navigating the area by Starbucks locations to find a few more new gems.

The Surgeon vs. The Sturgeon